Legalized Marijuana Part Two What it does to your body 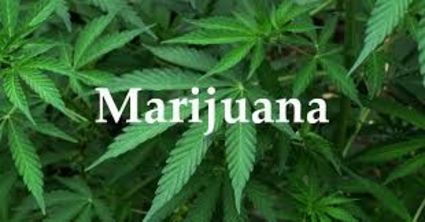 Marijuana is a green, strong-smelling plant that grows around the world. The leaves of the plant contain the chemical substance THC which medical researchers are finding more ways and means in treating a variety of illnesses and alleviating acute pain.

Although marijuana is generally believed to be far less harmful than most drugs, it is not harmless. There are many studies that indicate that marijuana can do both physical and mental damage. There is also historical documentation that marijuana was experimented with as early as the 1940's by the U.S. government as a tool for behavior modification and control in human beings.

Repressive governments have used various drugs on groups of people to render them docile and incoherent and easier to control.

In recent years, marijuana is increasingly portrayed as an acceptable drug by the mass media and by corporate and government sanctioned medical practitioners, while the downside of marijuana consumption is usually ignored.

In hip-hop music (which has become a staple diet of listening fare of many Americans between the ages of 14 and 40) marijuana use is glorified in rap lyrics and videos. Yet some rap icons have spoken openly on the debilitating effects of marijuana and alcohol consumption. "My brain was half-dead from smoking so much weed," admitted rap legend, Tupac Shakur. And he vowed to stop smoking the drug in an interview with reporters at Vibe magazine.

There is abundant evidence that marijuana intoxication interferes with high level thinking and the performance of physical tasks that require quickness and dexterity. Many studies have revealed that the greater quantity of marijuana smoked, the more pronounced the negative effects on memory, executive functioning and visual perception. And research shows that regular indulgence causes strong mental addiction.

In the groundbreaking book, 'Doin Drugs: Patterns of African American Addiction, W. James and S. Johnson write: "Interviews with African American youth who started using marijuana during their pre-teen years indicated that they were not aware of what was happening to them when they first started. They reported being disoriented with a heightened sense of awareness and a loss of memory. For African Americans as well others, marijuana diminishes the left-brain function of logical thinking, reasoning, and rational processes and increases the right-brain functions of emotions, creativity and introspection. Marijuana also affects the ability of users to read and comprehend written material. Thus, school-age children who smoke marijuana regularly have difficulty with their academic course work."

According to the National Institute on Drug Abuse, 9 percent of marijuana users are addicted to it, and 17 percent start when they are youths. It remains to be seen whether these percentages will rise in Michigan since its legalization went into effect on December 6.

Dr. Wesley Muhammad has researched extensively on the effects of marijuana on Black Americans and he concludes that marijuana has secretly been weaponized against Blacks for more than half a century. According to Dr. Muhammad, there is a continuing 'pot plot' whereby the herbicide paraquat is sprayed on marijuana crops causing it to bind to the melanated tissue of Blacks and release toxins into their bodies and give off the same anti-androgen effects as Depo-Provera which has an effeminizing effect on males. (Androgen is the hormone that develops and maintains masculine characteristics in men).

And in a recent article published by Duke Health of Duke University, research indicated that the active ingredient in marijuana (THC) can affect the sperm of men in their child producing years and can even impact the children they conceive.

The Duke University researchers found that THC effects epigenetics "buggering structural and regulatory changes in the DNA of user's sperm." The study indicated that the higher the concentration of THC in the men's system, the more evident the genetic change to the sperm. 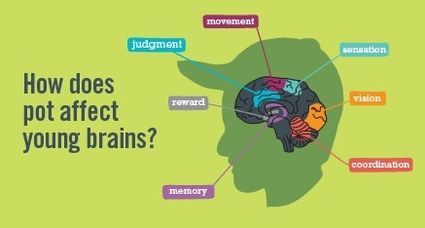 Although this information is presented as something new or revelatory, it has been known for years. Dr. Gabriel Nahas and others discovered marijuana's adverse effects on male sperm decades ago. Dr. Nahas wrote in the 1980's that: "evidence indicates the profound changes that marijuana can produce in those cells that are essential for the preservation and transmission of our genetic heritage. There is no question about this abnormality caused by marijuana. There must be something in marijuana smoke or hashish smoke that destroys man's germ cell." Moreover, studies conducted on the behavior of adolescents show increased delinquency in those that smoked the drug regularly, along with lower achievement, more anti-social behavior and increased rebelliousness. And for every study that shows that marijuana relieves depression and social anxiety, there are tests that show that regular use increases it.