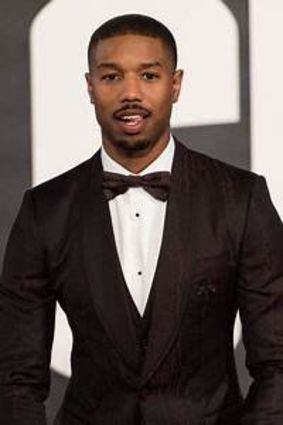 One of the hottest rumors circling around Hollywood these days is, Creed and Black Panther star, Michael B. Jordan might be the next Superman.

Though Warner Bros. said the next Superman movie won't be for the next few years.

Warner Bros. want to concentrate on the Supergirl movie and Birds of Prey.

And before all the haters come out and say "How dare they make Superman black!"

Well, there have been, at my count, four black Supermans published through DC Comics.

Some better known than others, all alternates to the Superman we know.

The most well known is the Superman of Earth-23, who is loosely based on President Obama.

This Superman is Calvin Ellis who grew up to be President of the United States on Earth-23.

The talk is that this will be the Superman that Jordan portrays.

The best thing that should happen is for Jordan to play Superman Val-Zod.

That way he could be incorporated easily into the already established DC movie universe, explaining that he is replacing the current Superman since Henry Cavill is leaving the part.

That would make more sense, but I am not in Hollywood nor am I a DC movie producer.

And Hollywood still has a love affair with President Obama.

If they do, I hope they introduce him soon, there is supposed to be another Justice League movie coming out.

There are five other actors that are being talked about for the part Mad Man star Jon Hamm and Idris Elba.

But I think Elba might be the next James Bond, which also has Bond purests up in arms.

I just hope that a Michael B. Jordan, Superman movie is done well and true to the source.

Though I must admit, I have never read the Earth-23 Superman stories.

Jim has been a columnist with the Telegram for over five years. You can contact Jim at [email protected]