In Tribute to Rep. John Dingell 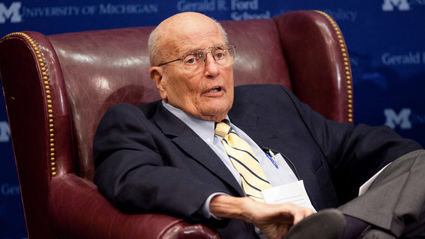 For nearly 60 years, he was on the frontline of social change, fighting the good fight for the causes he believed in, popular or not. He will be long remembered.

We are all saddened to hear of the passing of Rep. John Dingell, who served his community and his country faithfully for nearly 60 years.

He was the longest serving member of Congress in U.S. history and one of its most powerful chairs, who helped to draft and enact some of the most important legislation in the past century – from the Civil Rights Act to the Clean Water and Clean Air Acts to perhaps his crowning accomplishment, the Affordable Care Act.

His father had fought to ensure quality healthcare for all Americans, and John took up the fight, when he assumed his father's seat in the House of Representatives.

In December, One Detroit's Nolan Finley John about his new autobiography, "The Dean: The Best Seat in the House." It was one of the last interviews that the honored statesman gave.

Nolan asked him about the satisfaction he must have felt presiding over the House of Representatives when President Obama signed the long-sought Affordable Care Act into law.

There was great opposition to the bill, he remembered. But when he walked into a hospital, people stopped to thank him. When he asked why, he said he received this answer: "Because that bill is something which has made it possible for my wife or me or my kids to live."

John was not only a courageous fighter for his constituents in a district that stretched from Dearborn to Ann Arbor, but he was also a great champion of public television and the millions of people it serves.

He supported the original Public Broadcasting Act of 1967 and the reauthorizations that followed through his years as chair of the House Energy and Commerce Committee.

Dan Alpert, our Senior Vice President of Philanthropy, recalls visiting John in his D.C. office one day. After asking Dan many questions about how his Detroit Public TV station planned to use the new digital broadcasting technology to better serve the American taxpayers in his district, he expressed his satisfaction with plans for the new sub-channels on "56."

He told Dan that public television's continued health and independence were essential to the nation. 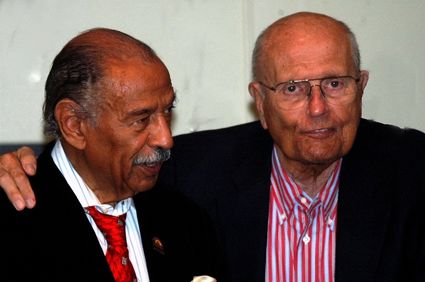 "We had met his high standards," says Dan, "and his bear hugs when we'd meet made me burst with pride for the trusted station I represented."

If there was a just cause, you know that John Dingell would be on the right side of history. I always found him forthright in his opinions, intelligent in his thoughts and, most of all, modest to a fault.

He was very proud of his wife, Debbie Dingell, who now occupies his House seat. He told Nolan, "I am one who believes that she is a better Congressman than her husband was."

To get a sense of this remarkable man, I encourage you to watch his interview with Nolan Finley