The High Cost of Auto Insurance in Detroit 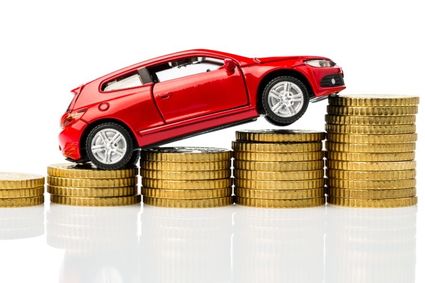 Statistically, the residents of the city of Detroit are some of the poorest in the nation. Detroiters are also subjected to some of the highest auto insurance rates in the United States where motorists are routinely required to pay more than $3000 dollars a year to insure their vehicles.

These high rates have a negative and reverberating effect on the city's economy by reducing the amount of money residents can spend on food, clothing, utilities, housing, and other goods and services.

It is the unique no-fault provision in Michigan's car insurance law which is primarily responsible for the soaring auto insurance rates, and it is Detroit residency with its perception of high crime and economic instability that is the impetus behind the notoriously high costs.

Michigan's no-fault insurance is distinctive because it pays for all a person's medical bills incurred by an auto accident for the entirety of the injury or disability, even if it lasts a lifetime. Also, unlike most private health care coverages, no-fault insurance foots the bill for nursing home/attendant care which assists a person with bathing, dressing, and meal preparation. No-fault also supplements the money lost by an injured motorists' inability to work for up to three years. In addition, it provides money for funeral expenses as well as special modifications needed for disabled persons in their home or vehicle.

"These medical costs are driving up the auto insurance in Detroit more than the cost of car theft," said Mayor Mike Duggan. "The data that we're seeing suggests that Detroiters are running up more in medical claims than other communities. We need to know why that it is and how we can fix it?"

Surveys conducted in Detroit indicate that residents pay between $200 and $450 dollars a month or anywhere from $2,400 to $5,400 dollars a year for auto insurance. This is financially crippling when one considers the average income for Detroiters is about $24,000 dollars annually which is 71 percent below the national median income of approximately $52,000 dollars a year.

Some of the factors cited for Detroit's high auto insurance premiums include high car theft and burglary rates (Detroit reportedly has some of the highest in the nation); pervasive fraud involving injury and therapy swindles; residents with bad credit scores; and a high number of claims after accidents.

There is a sordid history of insurance companies, mortgage companies, and banking institutions using red-lining tactics and discrimination against Blacks and minorities when giving access and dispensing services. Yet, auto insurers in Metropolitan Detroit deny that racial discrimination is the basis for Detroit's high car insurance and lay the blame on lucrative no-fault insurance benefits and Detroit's high crime and fraud problems.

During his mayoral campaign, Mike Duggan promised to fight against Detroit's disparate insurance costs. Duggan proposed a plan that was dubbed D-insurance. It would establish city sponsored car insurance for Detroit residents and serve as a broker to negotiate lower rates for city residents.

In 2017, Mayor Duggan produced a bipartisan plan to reduce Michigan auto insurance rates before the state legislature in Lansing. The plan would end Michigan's requirement that drivers pay for comprehensive lifetime health insurance through auto insurers regardless of where they have health care coverage. "It's clear that no-fault is not doing what it was designed to do, and its costing Michigan drivers dearly," said Duggan. "People are paying too much, forcing them to cut back on other necessities so they can afford to drive. It leaves too many people driving uninsured or unable to drive at all because their insurance costs more than their car payment." 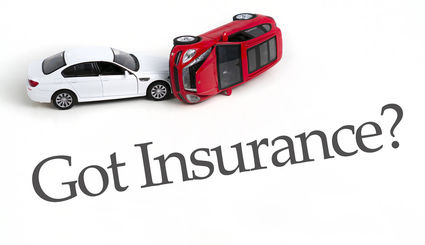 Duggan's 2017 plan was voted down in the state House of Representatives, but he introduced another initiative in 2019. The bill would allow drivers 62 and older to have Medicare or other benefits cover medical costs in an accident; it would give younger drivers the option to choose the amount of medical coverage they want and provide more transparency in health care provider billing procedures. Duggan is also seeking support in federal court by filing a lawsuit with several Michigan motorists challenging the constitutionality of Michigan's no-fault insurance law.

Yet Duggan's efforts have been criticized for not addressing the powerful auto insurance companies and lobbyists that are at the core of the high rates. His efforts are also criticized for not addressing redlining, not guaranteeing protection for drivers, not providing real savings commensurate with the medical protection that would be taken away from motorists, and for giving provisions and loop-holes that detractors believe would benefit insurance companies at the expense of drivers.