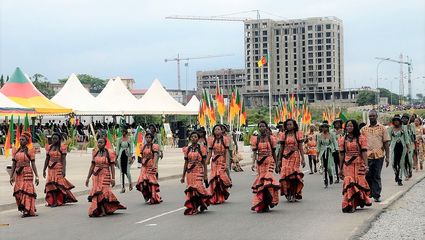 Women on the street celebrating International Women's Day in Cameroon

International Women's Day (March 8) is a global day celebrating the historical, cultural, and political achievements of women. The day also is a day of action in support of taking action against gender inequality around the world. We all know the world couldn't run without women.

This is the day to appreciate their efforts! Organizations large and small come together to show women just how valuable they are to today's society.

After the Socialist Party of America organized a Women's Day on February 28, 1909 in New York, the 1910 International Socialist Woman's Conference suggested a Women's Day be held annually. After women gained suffrage in Soviet Russia in 1917, March 8 became a national holiday there. The day was then predominantly celebrated by the socialist movement and communist countries until it was adopted in 1975 by the United Nations.

Today, International Women's Day is a public holiday in some countries and largely ignored elsewhere.[4] In some places, it is a day of protest; in others, it is a day that celebrates womanhood.

Though the celebration in the West was lotries[4] on March 8, 2011 to commemorate the 100th anniversary of International Women's Day.[22] In the United States, President Barack Obama proclaimed March 2011 to be "Women's History Month", calling Americans to mark IWD by reflecting on "the extraordinary accomplishments of women" in shaping the country's history.[4] Secretary of State Hillary Clinton launched the "100 Women Initiative: Empowering Women and Girls through International Exchanges", on the eve of IWD.[23] In the run-up to 2011 International Women's Day, the Red Cross called on States and other entities not to relent in their efforts to prevent rape and other forms of sexual violence that harm the lives and dignity of countless women in conflict zones around the world every year.

In Egypt, however, the day was a step back for women. In Egypt's Tahrir Square, hundreds of men came out not in support, but to harass the women who came out to stand up for their rights as the police and military stood by watching the events unfold in front of them, doing nothing to stop the crowds of men. "The women – some in headscarves and flowing robes, others in jeans – had marched to Cairo's central Tahrir Square to celebrate. But crowds of men soon outnumbered them and chased them out", wrote Hadeel Al-Shalchi for The Associated Press (AP). 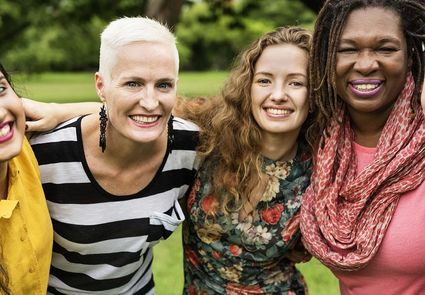 On March 8, 2019, The Links, Incorporated, in collaboration with the International Center of Greater Flint, will host a community event celebrating International Women's Day.

The event will feature GIRL power international entertainment, a multicultural/multi-generational panel discussion, networking, wellness demonstrations, and a "flavors of the world" dining experience. Each adult is encouraged to bring a guest from a different culture than their own, or a middle/high school girl.