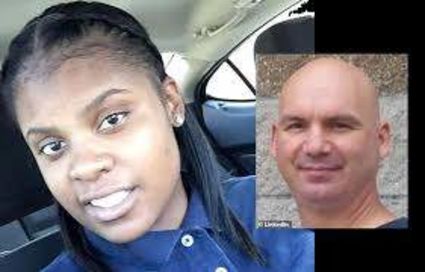 DETROIT - The recent firing of a White Detroit police officer after he posted a racist snapchat video of a Black woman forced to walk home in freezing temperature has stirred controversy about the screening policy of the city's police department.

Officers Gary Steele and Michael Garrison of Detroit's sixth precinct stopped driver, Ariel Moore for expired license tags in late January. Although police under Michigan law can tow vehicles with expired tags, motorists are usually ticketed for this misdemeanor infraction and allowed to drive away. Steele decided to impound the young woman's vehicle and to film her walking away interspersed with comments "black girl magic" "priceless" "walk of shame" "bye Felicia" and "celebrating Black History Month."

Detroit Police Chief James Craig alluded that Steele should not have been allowed on the police force in view of his 2008 arrest for domestic violence on his girlfriend during which he fired his handgun at her. Craig also mentioned that an internal affairs investigation uncovered another incident in 2017 when officer Steele made racist remarks about a Black family walking home carrying Christmas gifts.

Considering this and other incidents of Detroit police officers acting inappropriately and illegally it raises concerns about how some of these officers were allowed on the police force to begin with. It also raises questions about the effectiveness of the recruiting and screening process for police officer candidates and cadets as well as the supervision of officers once they are on the job.

The racist, disrespectful and cruel conduct of officer Steele is symptomatic of a larger problem, for when police officers stop Blacks and minorities with negative preconceived notions it frequently ends in violence, incarceration, loss of property and death.

The list of motorists and pedestrians who were stopped by police for minor violations or for mere suspicion and ended up beaten, assaulted, shot, arrested or killed is long and infamous. Freddie Gray, Eric Garner, Floyd Dent, Sandra Bland, Malice Green, Philando Castile, John Crawford, and 12-year-old Tamir Rice are just a few examples.

Legislators at the local, state, and national levels could make a difference if they would cease using their positions as status and ego boosters and use it to change laws that allow police to stop people with little cause and to impound vehicles simply because a motorist has failed (for whatever reason) to renew a license tag. It would also be helpful if there was a national data base for rogue police officers to make it more difficult for officers that have been fired for misconduct to change locations and be hired by another law enforcement agency.

Moreover, frivolous and arbitrary traffic stops often result in government seizure of property and excessive fines. Studies (like the one done of Ferguson Missouri) have indicated that in some jurisdictions, unjustified traffic stops along with the fines imposed and the auctioning of seized property is utilized to raise money to fund government agencies and institutions. These actions by police forces have been contested as being in violation of the Fifth, Eighth, and Fourteenth Amendments to the United States Constitution.

In fact, in Michigan as well as many states across the nation, there continues to be assaults on people through the arbitrary enforcement of frivolous misdemeanor laws and ordinances. And often police contact with civilians over minor or non-existent offences have led to police brutality, police misconduct, seizure of private property, and incarceration. According to professor of criminology Helen Green:

"Police brutality incidents occur in a variety of situations including routine traffic stops where no arrest is made, arrest, in-custody handling, during investigations preceding arrest, during custodial interrogations, and during civil disturbances. The brutality may take the form of a severe beating, a deadly choke hold or a shooting."

Police assaults also take the form of mental torment through humiliation, threats, or (as in the incident involving Ariel Moore) placing the victim in a situation where discomfort or physical harm is likely to occur. 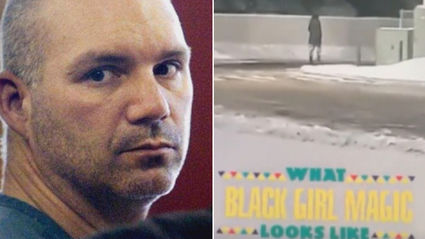 It was only three years ago when the Detroit Police Department was rid of federal oversight. In 2003, the city of Detroit entered into two consent decrees with the Justice Department after numerous charges of unconstitutional behavior including use of excessive force, unlawful detentions, and improper treatment of prisoners. In 2014 the Justice Department and the city of Detroit began an 18-month transition period in which the federal government would ensure that DPD reform efforts were current and sustained. In March of 2016 federal oversight was lifted completely. Yet, in view of the many recent incidents of police misconduct, perhaps direct federal oversight was lifted too soon. Many of these allegations of police misconduct occurred during minor traffic stops.

"The purpose of our traffic laws should be to keep us all safe," said professor Frank Baumgartner, "But they have come to be used to do a police investigation."

Sadly, many of these "investigations" have ended in unnecessary trauma and tragedy.