The Other Drug Dealer 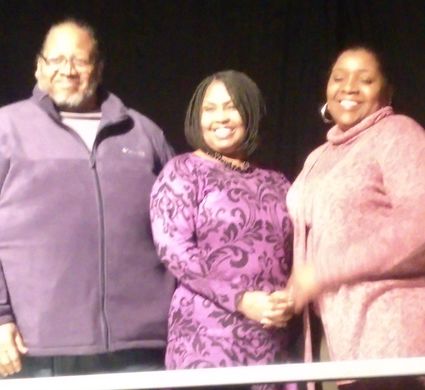 Panelists Karl King, Darlene Owens and Tera Miller were on hand to share information with the community

In early March, the Northwest Activity Center gave a symposium to promote awareness of the opioid substance abuse epidemic that is devastating southeast Michigan and the nation.

The panelists spoke on the various aspects of addiction and the problems it creates along with advice and suggestions on how to stem the tide of the opioid epidemic and assist in the recovery process.

"Opioids are pain relievers," explained Owens. "Substances like codeine, morphine, heroin, hydrocodone; these are considered opioids. And basically, what got us into the epidemic was the over prescribing of opioid pain relievers by doctors. From what we understand, some physicians didn't have adequate training in pain management, and they got what little training they had from pharmaceutical reps. And doctors spend a small amount of time learning pain management. Doctors would prescribe an opioid for a wide range of pain complaints. Eventually, the doctors would detect abuse of the drugs and limit writing prescriptions for it, and the addicted patient would be forced to find the opioid in the streets because many street derivatives are cheaper and more available. Currently heroin is the number one street drug of choice."

The rise of prescription pain killers was spearheaded in the 1990's by the drug OxyContin which was manufactured by Purdue Pharma and backed by a huge marketing campaign. OxyContin became one of the most popular pharmaceutical drugs prescribed by doctors in the nation. Once the popularity and financial success of OxyContin became known, other companies got involved and produced their own brands of opioid pain killers with incentives for doctors to prescribe them to their patients. This resulted in the United States consuming 99 percent of the world's hydrocodone, 60 percent of the world's hydromorphone, and 81 percent of its oxycodone.

"Opioids are considered to be one of the most addictive drugs there is," said Johnson. " So if you're having a wisdom tooth pulled and you start taking Vicodin or some other pain killer composed of opioids for longer than a week, it's very easy for your body to become addicted. Many studies show that people become addicted to opioids quicker than other drugs. Opioids can really spark physical and mental dependency, that's why you have so many types of opioids, from heroin to morphine to synthetic forms like Percocet, Dilaudid and Oxycodone. We live in a time and era where you go to the doctor and you're typically prescribed medication to care for whatever issue there is. So, we see the pushing of pharmaceutical opioids and the feeding of a multi-billion-dollar industry."

In southeast Michigan and through out the nation, people are becoming addicted to doctor prescribed opioids and suffering health complications which are often fatal. And studies show that prescriptions for opioids increased by 300 percent between 1991 and 2009. "Physicians didn't get the training in pain management, so patients come in and complain of pain, and physicians routinely prescribe opioids for them," Miller said. "But then the demand exceeded what was available and patients turned to the streets to get their fix. Heroin was an easy and accessible alternative, then that began to dry up and synthetic drugs like fentanyl began to fill the void. Now we find that marijuana is being laced with fentanyl because its extremely addictive and keeps the customers coming back."

By 2018, opioid overdoses were reportedly claiming more lives in a single year than all the soldiers killed in the Vietnam War. And there are estimates that prescription pain pills have killed more than 250 thousand Americans. Opioid overdoses are now the number one cause of death for Americans under the age of 50.

Most people who become addicted to prescription pain relief medication don't realize how seductively dangerous these drugs are until the damage has been done. "I had surgery because of a motorcycle accident and was prescribed codeine pills for pain," said King. "Over the years I continued to have accidents and to injure myself and the doctors kept giving me pain meds. I didn't realize that I was addicted to them because taking them became a part of the norm of my day. Then, years later, we went on vacation and I forgot my pain medication and I started going through withdrawals. I was forced to kick the meds cold- turkey, and once I go through it I decided it was something I would never take again." 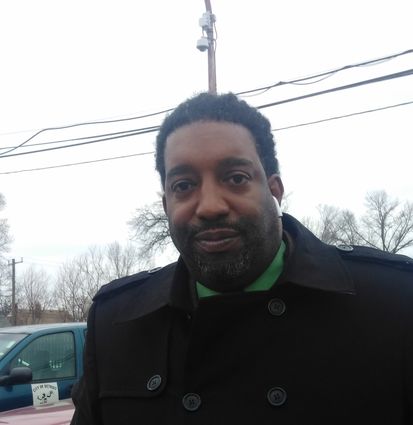 Although awareness of the dangers of opioids in all their forms is increasing among the medical profession and society at large, there is still a tremendous amount of work that needs to be done. Insurance companies are doing a better job of monitoring patterns that indicate a patient's abuse of prescription opioid medications. Patient groups and substance abuse organizations are promoting awareness of the epidemic and demanding change on how prescription pain killers are labeled and distributed. Yet, perhaps the most crucial and effective way to reduce opioid abuse is through spreading information and educating the public of its nightmarish and potentially fatal effects.

"When you think of drugs, you have to think about it from a street dealer's stand point as well as big pharma's," King said. "It's still selling drugs as a product. It still needs customers to work. It's still giving you drugs that you can get addicted to. And addiction kills."

For more information contact the Detroit Recovery Project at (313) 365-3100 or http://www.recovery4detroit.com