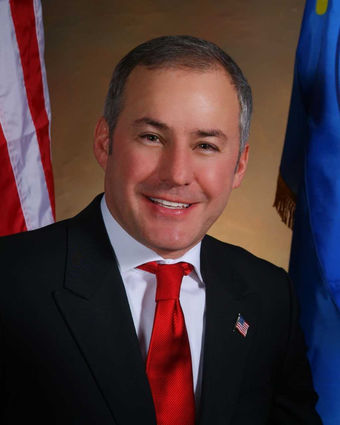 Mayor William Wild is the face of Westland

Mayor William Wild of Westland has been actively involved in public service for 20 years. Wild began serving on the city's Planning Commission in 1999 and after two years, he was elected to City Council. He served Westland residents there until 2007, when he was elected mayor of the 10th largest city in Michigan.

Now in his 13th year as mayor, Wild guides a city that has enjoyed numerous successes and which has increasingly become more diverse over the past decade. Wild's tenure as mayor has focused on three key areas: creating an environmentally-sustainable city, improving the well-being of residents, and creating a compassionate and friendly city.

Since 2009, the city of Westland has recycled almost 50,000 tons of material through it curbside recycling program, with 80 percent of residents participating. In 2017, the city introduced a neighborhood greening effort through the city's Mission Green Initiative. The goal was to add more trees to the city's landscape, replacing those which had been lost to insects and disease.

In 2013, Wayne County ranked as the least healthy county in the state, according to 2013 County Health Rankings. The low ranking has continued to beset the county in subsequent years. The city of Westland responded by providing resources to enable healthy behaviors and preventative measures, in cooperation with local hospitals. Community events aimed at getting families out and moving, along with blood pressure checks, courtesy of the Westland Fire Department, all play a role in improving the health and wellness of Westland residents.

Following a meeting with the Dalai Lama in 2013, Wild became the first mayor in the state to sign the Charter for Compassion, which facilitated the city's Compassionate City Initiative. The initiative called on residents to be respectful, inclusive and tolerant of their neighbors. Wild says the Compassionate City Initiative has become significant given the city's increasingly diverse population. "I think that that's good for our community," Wild comments. "I think it makes us a stronger community. We truly look at diversity as one of our strengths and what makes us viable moving forward,"

Perhaps one of the biggest successes the city has enjoyed as Wild has been at the helm is the new city hall, completed in 2014. The 64,000 square-foot facility, located on Warren Road, is thoroughly modern and energy efficient.

A year later in 2015, the city opened a new fire station, located on Central City Parkway, near city hall.

Wild wants Westland residents to be aware of the team working hard in that city hall, at the police department, and the fire department, on their behalf. "We really do have a great work force," he adds.

In 2014, Westland was voted one of America's Top 50 Places to Live by 24/7 Wall St. Indeed the city boasts the rejuvenated Central City Park, employment growth, the Jefferson Barnes Community Center, new LED lights throughout the city, and affordable, high-quality housing.

Wild concedes that the job of mayor has been a lot of hard work, but that he enjoys it. The married father of three takes time off from the job to watch his children at their extracurricular activities. "At the end of the day, we all want to feel like we've made a difference," he says. "I think every mayor's job is to try to take the city to the next level, so that's what we've been trying to do."

Take a drive through Westland when you get the chance. There's a lot of great things to see and enjoy.