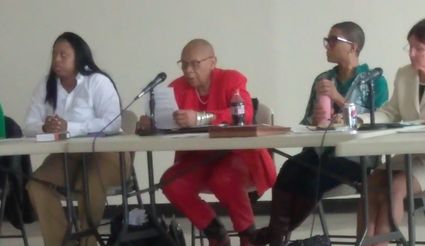 On March 30th tempers flared and several Detroit Charter Commission members walked out of what they described as a meeting that was not scheduled according to Robert's Rule of Order (which the commission agreed to adopt) and which violated provisions in the Open Meetings Act of Michigan.

Commissioner Richard Mack made a motion on February 3rd to change the Committee of the Whole meeting from March 23rd to March 30th. The motion was voted down by the commission 7 to 2. Despite this the meeting was rescheduled for March 30, which potentially inconvenienced Detroit residents as well as some of the charter commission members who had set their schedules and plans for the March 23rd meeting.

The Detroit Charter Revision Commission agreed during its first session to have open meetings the second Tuesday and the fourth Saturday of every month. This was to allow the people of Detroit the opportunity to synchronize their schedules to coincide with the meetings and be able to participate in the process of revising the charter which is their right and their obligation.

"We base our decision on Roberts Rules of Order," said commissioner Barbara Anne Wynder, moments before she walked out of the meeting. "As the vice parliamentarian I find it difficult to proceed when my opinion is not valued by the commission and therefore, I will be leaving the meeting today."

After a five-minute recess, Commissioner JoAnna Underwood also walked out of the meeting as did commissioner Nicole Small, citing that the March 23rd meeting was improperly scheduled. "This meeting is illegal and unauthorized based on commissioner Mack's action to reschedule a meeting based on an improper motion," Underwood said. "Chair Carol Weaver has constantly disrespected our roles here. She constantly seeks outside opinions of people that were not elected by the citizens of the city of Detroit. The Chair is abusing her power and she is out of order and she's been out of order from day one and we've got to take a stand and that is why I'm leaving this meeting."

There is a consensus that the commission is divided between two factions. One that represents all Detroiters (especially the poor and working poor) and the other which is in cahoots with Mayor Duggan, billionaire Dan Gilbert and the corpocracy.

The Detroit City Charter acts as the rudder for city government and is the city's constitution. The charter's provisions define how the city government is structured and how powers and responsibilities are delegated. The Detroit Charter Revision Committee was elected last August to make changes in the charter in accordance with the needs and interests of the residents of the city. Commissioners Underwood, Wynder and Small, who campaigned for the office on The People's Slate community platform, have promised to ensure that the needs and wishes of the people are always placed first.

Commission Chairperson Carol Weaver read a statement defending her decision to allow the rescheduling of the meeting, although, by then, it was clear that the temperament of most attendees in the meeting was against her.

Since coming out of bankruptcy and despite glowing speeches from Mayor Mike Duggan, there is a feeling among grass roots organizations that most Detroiters are not included in Duggan's grand vision for the city. Detroit is still losing population because of deteriorating neighborhoods, home foreclosures (Detroit has the highest property taxes of any major city in America) and steep utility bill rates and shutoffs. Detroit has three times the unemployment rate of the national average and has the harshest regulations for small businesses in the nation. Changes in the Detroit City Charter could impact these conditions for better or for worse. 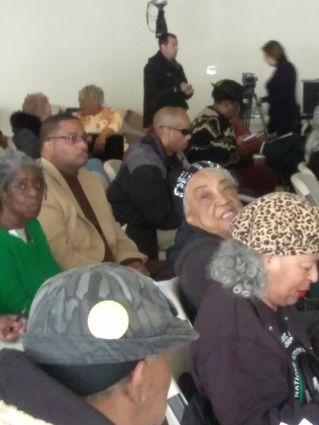 The Detroit City Charter makes clear in its Declaration of Rights that the people have a right to expect city government to provide for its residents decent housing, job opportunities and reliable and comfortable transportation. It also states that the City has a duty to secure the equal protection of the law for all and to insure equal opportunity for all. It is something that Underwood says she is determined to carry out in her capacity as commissioner.

"The Charter Commission is infiltrated with Duggan and Gilbert people," said Underwood in a Facebook video posted soon after the March 23rd meeting. "Why did (Lamont Satchel) the general council from the last charter commission even make it to the top five for consideration for new hires? And I don't care about what anybody says about what they did for the city of Detroit. At the end of the day all of the Black establishment that have been in leadership positions, with all your degrees; at the end of the day look at how our Black communities look. This is the result of your so-called work."