Success From The Mind Of Albert Harper 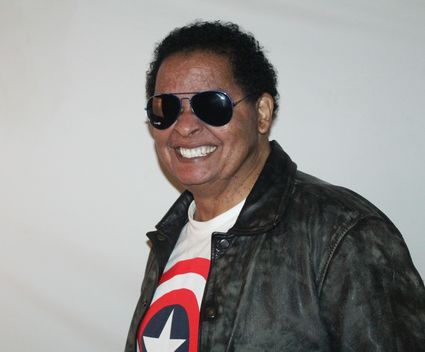 Mr. Harper smiles at his success

If you ask ten people their definitions of success, you might get ten different responses. Google defines success as "The accomplishment of an aim or purpose." World record holder, Albert "The Exercise Bandit" Harper describes success as motivation, a factor that drives his life in the positive direction.

What does it mean to age successful? Successful aging is a very complex term, together the words sound good but what does it mean? Sometimes it simply implies a positive aging process. (Gerontologist)

Before research in the field Gerontology became widespread; successful aging was simpler term. Almost primate. It implied it was possible to age perfectly. Growing older without illness, or health infractions. This is a more literal definition than practical one.

The body has no natural expiration date or guarantees. A study from the Center for Disease Control found that 22.7% of adults have been told by a doctor that they had some form of arthritis, rheumatoid arthritis, gout, lupus, or fibromyalgia. High school graduates are facing aliments normally experienced by older citizens.

The Exercise Bandit attributes a large portion of his career success and successful aging to his lifestyle and mental fortitude. But during his fifties arthritis struck him all over his body. Mr. Harper was not hindered, but determined to add it to his list of conquered feats.

Nothing stops Albert Harper from being the exercise bandit. He regularly practices judo, boxing, and martial arts. That is on top of a strict gym routine, self defense classes he teaches across the community, and fitness routines he displays for school children across America.

Over time studies, theories, and definitions shifted. More variables have been researched, looking at retirement age, and activities after a person's working years. Personality, income, health, and expectations out of life.

An individual who expects failure will fail, opposed to someone who expects happiness and success from their interactions with the world.

It seems clear that Mr. Harper has aged successfully, and has worked his hardest to get there. Success keeps the exercise bandit motivated. You're never too old to have dreams. Albert Harper's mind is just as strong as his body. He encourages everyone to live a healthy, comfortable life that would yield them the best long term results.

The Exercise Bandit isn't going to stop or slow down anytime soon. Age is only a number. Albert Harper will be here for a long time.

Xavier Jones - What are some of the obstacles you've faced through your career?

Albert Harper – There's a lot of envy and jealousy! Most people don't really have your back! A Lot of people doubted me when I

first started; I've put years into this and strangers still go out of their way to put their ill intentions on me.

Xavier Jones - What makes your mind the unbreakable force it is?

Albert Harper - I've built my state of mind around success! I just want to succeed! I can't be broken! I deny any obstacle, person or circumstance the power to break me! The only thing that's going to stop me is death! You've got to be a brick wall, something the strongest tornado or hurricane can't break down!

Xavier Jones - What sparked this journey?

Albert Harper - Fear of mediocrity, I always wanted to be something better than the ordinary man. I didn't plan on waking up every morning, packing a lunch, and working the same eight hour shift for years. I want to leave a legacy behind, I want the world to know that Albert Harper was here! There was only one way to do that, by setting world records.

Xavier Jones - What made it difficult?

Albert Harper - It took awhile for the money to start coming in. I performed for free at over two hundred day care centers. The kids, the staff, and the parents loved it but the money wasn't flowing in. I didn't care about the money, this is what I wanted to do! There were a lot of haters! My family had doubts, my neighborhood had doubts. Now I'm wanted all over the world!

Xavier Jones - What do you believe made you successful? 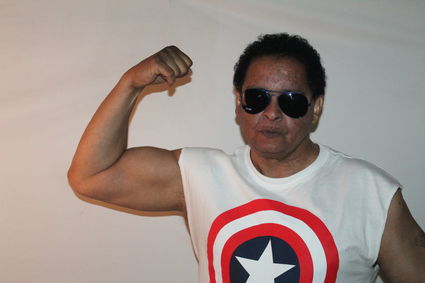 Albert Harper's guns may be old but the cannon still fires

Albert Harper - As much as I care about getting paid, it wasn't my primary motivation. I believe in my heart that if you stick to your passion, and what you love, you will rise above the controversy, the haters, and you will place yourself right where you need to be.