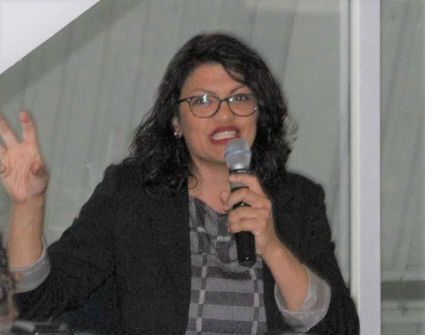 The proposed bill, titled the Preventing Credit Score Discrimination in Auto Insurance Act, has the support of legislators in over a dozen other states. "Currently, we've been blessed to have over 27 co-sponsors with many states who are also experiencing the same kind of high rates of auto insurance," Tlaib said. "Ninety-seven percent of zip codes in Michigan have auto insurance rates that are unaffordable," she added.

State Senator Stephanie Chang (State Senate 1st District) thanked those in attendance for being present. She added that having a conversation on auto insurance rates is becoming an urgency because it is one of the top issues she hears from residents. Chang reiterated Tlaib's list of non-driving factors used by auto insurers, adding that insurance companies also use a driver's age, education, and status as a renter or homeowner in determining auto insurance premiums.

In January, Chang proposed legislation which would stipulate that all insurance companies selling auto insurance in Michigan must use these three driving-related factors, in this order, when setting auto insurance rates: a driver's driving record, miles driven annually, and years of driving experience. "Any other factor that they use has to be weighed in less than those top three factors," Chang explained. "So you won't see your zip code making thousands of dollars difference."

The proposed legislation, titled Senate Bill 88, is modeled after the rating factor system in use in California since 1988. 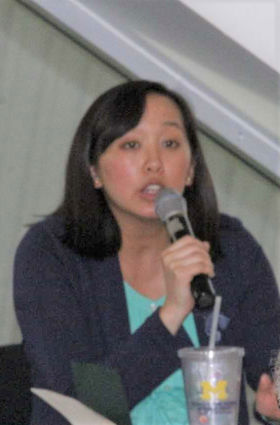 The auto insurance problem hits home for senior citizens, as well, Carter added. Many retirees in his district would love to enjoy a new vehicle lease every two years, for $139 a month, he said. Such a vehicle would be practically maintenance-free, and older drivers drive less than 10,000 miles annually. "But before they get that car, they have to call the insurance provider, and now that car is $500 a month-on a fixed income," Carter told the audience. "We need to find out who gets to set these rates."

The issue of affordable auto insurance in Michigan is not going away any time soon. Additional town hall meeting to address the issue and provide voters with progress reports on legislation will be held in the coming months.