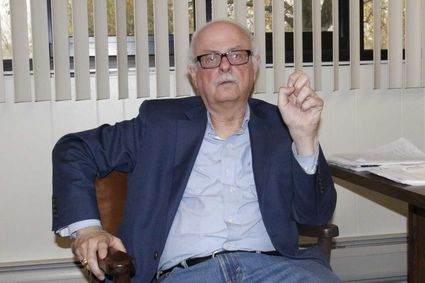 Dan Paletko has been mayor of Dearborn Heights since 2004.

John F. Kennedy is a hero to many, including Daniel Paletko, mayor of Dearborn Heights. The famous quote by Kennedy, "Ask not what your country can do for you, but what you can do for your country" began to echo in Paletko's head as a young man.

As a young boy, Paletko felt his destiny lied in a career in sports, hopefully baseball. But when he realized it was not to be, the idea of politics, which had been simmering inside him, began to make itself known. The quote by Kennedy began to spring forth in young Dan Paletko's life.

While tightening a city's finances is frequently one of the larger tasks a newly elected mayor must tackle, Paletko says, that finances, along with two other major issues were at the forefront of his first years in office. Those issues continue to this day to be significant: the issue of diversity in the community, and flooding in the neighborhoods.

Paletko explains that Dearborn Heights was at one time a nearly all-white, Christian community. Paletko says the city has been changing since he became mayor. The challenge, he says, lies in getting everyone to work together and be a community. "The idea is that all of us of different faiths, different races, and different creeds, all come together to work together to make the city a better place to live, work and play," he says. "That has been quite a challenge."

Flooded neighborhoods in the north end of the city along the Rouge River, and in the south end of the city, along the Ecorse Creek have plagued the region for decades. The city sued Wayne County earlier in the decade, and the county ultimately suggested allowing the Army Corps of Engineers to study the problem. A solution is slow in coming says the mayor. "We needed a correction yesterday," he says, "it's been very frustrating that it's taken so much time in order to get relief for my residents along the Ecorse Creek."

Dearborn Heights has made many positive strides since 2004. A sampling investigation into the city's enormous electric bill discovered a 15 percent error rate in billing by DTE Energy, who had been charging the city for non-functioning light poles, and even light poles located outside of the city. Paletko and his city administrations were able to remedy the discrepancy, saving the city tens of thousands of dollars.

Paletko is proud of the improvements to the city's public safety departments as well. K-9 units have once again found a home with the Dearborn Heights Police Department. In addition, Paletko adds, "I'm very proud of the fact that the police department is now looking more and more reflective of the community, and we got the best of the best."

Paletko is most proud of the residents he serves. He explains how residents look out for one another and are enthusiastic about volunteering in city programs. "A great group of people," he says, adding that the city's population continues to grow.

Paletko concedes this is the toughest job he's ever had, but that he derives satisfaction in service and being able to help residents when they have a problem. On a recent day of flooding, he was out at a shelter, talking with residents displaced by flooding. He was encouraged to see Dearborn Heights residents helping one another out in a dire time of need. "That is what causes me to keep wanting to do this particular job," Paletko says with a smile.