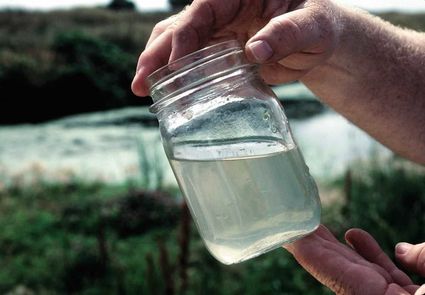 There are problems with much of the water in Michigan. What should you do?

In the autumn of 2018, the city of Hamtramck warned residents that the water supply might be tainted after several samples from homes showed elevated levels of lead. City officials declared that Hamtramck would begin analyzing at least 60 samples every six months to determine if action is needed to reduce corrosion in the city's pipes.

According to the Michigan Department of Environmental Quality (MDEQ) the state of Michigan does not require school districts to test for lead in its water systems. This is shocking considering recent discoveries of lead in Detroit's schools and in the cities of Hamtramck, Highland Park, Kalamazoo, Ionia, Marysville, Benton Harbor and others throughout the state.

Many experts and environmental activists have demanded that water be tested on a regular and ongoing basis in all schools as well as in all communities. Their concerns are, no doubt, heightened and propelled by the tragedy that occurred in the city of Flint circa 2014 and which still has after-effects and dire consequence today.

Flint's water was severely poisoned with extremely high levels of lead and other deadly contaminants and followed by years of denial, delay, and cover-up by the same government officials and agencies that were obligated to protect them.

"Flint's drinking water was full of lead and other toxins," writes Anna Clark in her revealing book, The Poisoned City. "There is no known cure for lead poisoning. The threat invaded the most intimate spaces of people's lives; their bodies, their homes, their meals, the baths they gave their children, the formula they fed their babies. Yet it will be years before we can fully access the effect of lead exposure on a whole generation of children."

Moreover, Flint's poisoned water sparked an outbreak of fatal Legionnaire's disease and caused a dramatic reduction in fertility for women and a staggering 58 percent reduction in fetal deaths.

Although cities like Detroit, Flint, and Hamtramck are urban municipalities and communities and the focus and outcry seems to be primarily on lead contamination in their water systems, Michigan's water problems and concerns reach into rural communities as well.

Per-and polyfluoroalkyl (PFAS) substances are poisoning communities in the Lower Peninsula of Michigan in Oscoda, near Lake Huron. And contaminating ground water in west Michigan as well as private wells and surface water in northern Kent County and Kalamazoo County. Also, areas in the Upper Peninsula adjacent to Marquette and Escanaba have high levels of PFAS in the soil and groundwater. PFAS are a variety of compounds that are resistant to heat, water and oil. They've been used for decades in hundreds of industrial processes and consumer products including carpeting, clothing, upholstery, food wrappings, fire-fighting foams and metal plating. Statistics indicate that PFAS exposure can cause cancer, kidney disease, thyroid conditions, auto-immune disorders and other health problems. The Michigan Department of Environmental Quality has estimated that PFAS has contaminated over 11, 300 sites in Michigan. Yet, PFAS is not restricted to Michigan. PFAS processes and products were used throughout the United States. "The PFAS issue shows the failure of the entire environmental protection effort that's going on in the nation," said MDEQ remediation project manager, Robert Delaney.

Ironically, in cities such as Highland Park, Hamtramck, Flint and Detroit, as the quality of its water systems deteriorate, the water bills get higher and the cut-offs more severe and outrageous causing a new set of individual and public health problems and societal ills.

Incredibly, Hamtramck has a city ordinance that prohibits residents from challenging their water bills. So regardless of the circumstances, they either must pay, or have their water shut off. And even when it's on, there are doubts and suspicions about its quality.

In Detroit DWSD director, Gary Brown, said the city's water quality is not the problem. Brown said the department's wastewater treatment plant tests the water every hour and it leaves the plant in excellent condition. And that the problem is in the piping and infrastructure system which takes water into homes, schools, and other structures. "This pertains to buildings, pipes, and faucets and not the water being the source of the lead," said Brown.

There is an initiative to replace bad piping and water service lines in Detroit and other cities, but the process is slow, tedious and very expensive. Thus residents, non-government organizations and community groups must be vigilant and proactive to ensure the water is safe. They cannot afford to be satisfied when the fox says that all is well in the chicken coop.

Here are a few precautions that people can take for safer drinking water: 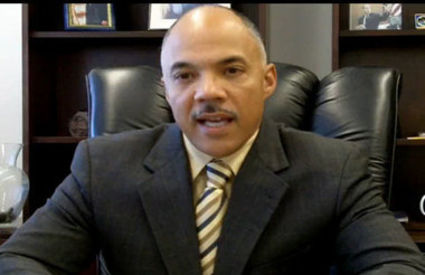 1. Use a commercial water filter. This is the easiest and most effective way to filter sediment, pathogens, metals and other pollutants from water.

3. Drink bottled water. Research the quality and purchase reputable brands of drinking water. Be selective in your choice, some brands (and companies) are much better than others.

4. Stay current on what's going on with the quality, structure and infrastructure of your water and/or sewage department as well as any developments that could affect the quality of your water.