Rev. Horace Sheffield, Dabo and the Struggle for Social Justice 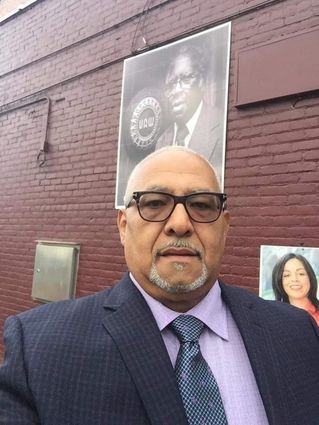 The Detroit Association of Black Organizations (Dabo) is a consortium of organizations and community groups that work together and provide resources and services for the overlooked and the underserved in metropolitan Detroit.

Located at the intersection of Grand River and Wyoming on Detroit's west side, one of its slogans is "Building Unity in the Black Community." Some of the organizations that synchronize their efforts with Dabo to empower people are the Detroit Council for Political Education, Manor Community Association, The Fruitful Leaders Society, Pride Community Association, Daughters without Dads, Ecumenical Ministers Alliance, and the Westlawn Sub 3 Community Association.

If there is one person who is the personification and central driving force behind Dabo it is Reverend Horace L Sheffield III. A native Detroiter, he is the son of Reverend Horace Sheffield Jr who is known as an influential labor organizer that was pivotal in breaking down racial barriers in the United Auto Workers (UAW) and helped organize the famous 1941 labor strike at Ford Motor Company which led to the establishment of the workers union at Ford manufacturing plants.

Horace Sheffield III attended the Detroit Public Schools and graduated from Cass Tech High. He enrolled in Wayne State University where he earned a B.A. in history and English. He went on to attend the University of Michigan Dearborn where he received a master's in public administration.

Throughout his life, Sheffield has received numerous awards from academic institutions, community groups, and civic organizations and led and participated in many organizations. He serves as Chairman of the Detroit Ecumenical Ministers Alliance and served as President of the Detroit and state chapters of the National Action Networkh; he is pastor of New Destiny Christian Fellowship Church in Detroit and New York City and father of Mary Sheffield, Detroit City Council President Pro Tem.

Sheffield is a Christian minister with an unshakeable belief that faith without works is dead. And you can tell a tree by the fruit it bears. 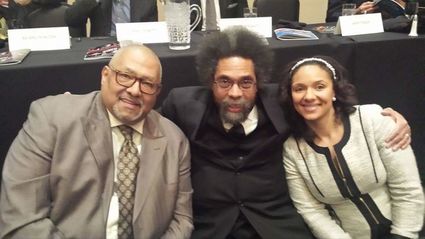 "Dabo was formed in 1979 and was the vision of my dad," said Sheffield as we sat in his office at the organization's headquarters. "My dad noticed that every other ethnic community in America has its own organization or federation of organizations that serve their community, so we decided that we need to do the same thing. We need to pull together Black organizations that represent and advocate for our self-interest. We do work all over metro-Detroit, although most of the members of our federation are centered here in Detroit. Some of the services we provide are substance abuse prevention, we do community assistance by helping people with their utility bills, we do tax foreclosure assistance and we have seminars where we inform people that if their income is below a certain amount they can be exempt from paying property taxes, and so we fill out their paper work for them and process it for them so they don't have to be under threat of losing their property. And we provide space in this building here for many organizations that need a place to hold meetings and we do it free of charge. We also give away food; we have a huge food distribution the first Saturday of every month. We also have a ministry school here, and we do our advocacy work on issues that effect primarily the poor, the abused, the exploited or the ignored." Sheffield is concerned about Detroit, and the direction of current leadership. "I think, regardless of what the mayor tries to tell us, that there are two Detroits. There's a Detroit of generational residents or long-term Detroiters. Residents who never left the city, who bore the brunt of inordinate taxes, failing schools, highest insurance rates, loss of loved ones. So now it seems that everything that is being done for the city is focused on those who are coming back into the city, and funding is being taken away from us. Federal funds and community black grant money are going to billionaires and to major projects that are not going to benefit us."