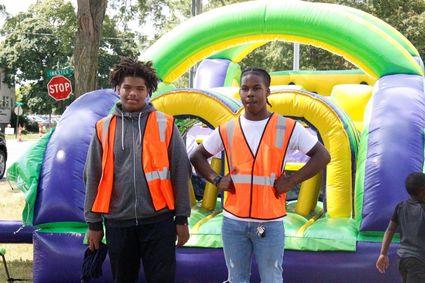 Wayne United hosted a street festival and concert in Inkster on Saturday August 17, taking over a portion of Inkster Road from Michigan Avenue to Avondale. The purpose of the event was twofold: to bring awareness of the upcoming 2020 Census, and to celebrate the transition from summer to back-to-school season, with The Inkster Task Force distributing free backpacks.

James Martinez, Director of Communications in the County Executive's Office, says the city of Inkster is one of the communities in the county which is historically undercounted each time there is a census. "We all have a vested interest in the census, no matter your standing in the community or who you are," he says. Census results are used in determining congressional and state legislature districts, and federal funding for the state. Martinez added that it is important that every resident be counted next year, including children, as the county needs an accurate count to determine the funding it provides each municipality, including for schools, medical needs, and infrastructure. 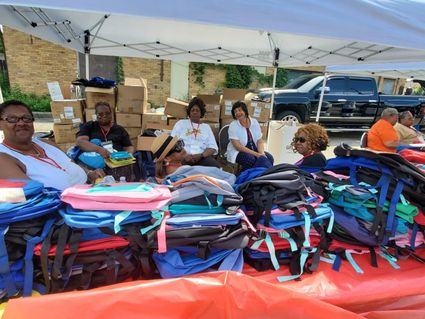 Martinez says the street fair was a kick-off event to get people thinking about the upcoming census while having a good time. "It was just designed to really have a lot of family fun in the community," he says. The fair included food trucks, bounce houses, carnival games, face painting, and a petting zoo. In addition, vendor tables were set up promoting other county departments and various social organizations.

School-age attendees received a free backpack to start the school year off right. Inkster Mayor Byron Nolen was on hand as well, assisting the Inkster Task Force and greeting residents.

At 6 p.m., attendees were treated to concert featuring recording artist J Reed, who came home to Inkster for the day to visit with residents and treat the community to a free performance. The event wrapped up at 10 p.m. and was an overall success. "I think it was very well received," says Martinez, adding the street fair was "to get people out and have a good time." Mission accomplished.

For more information on Wayne United and the initiative's efforts at a successful 2020 Census, see the county's webpage at http://www.waynecounty.com/wayneunited/.