Big wins for Michigan kids in 2019 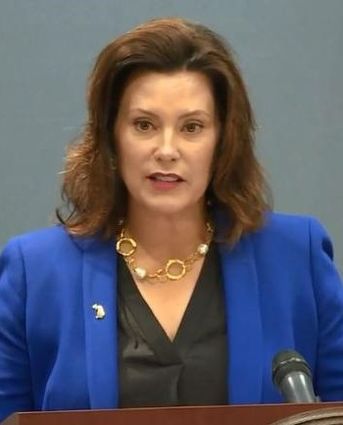 LANSING-With a deal reached on the 2020 state budget (albeit an unfinished one) and the Michigan Legislature adjourned for the year, the Michigan League for Public Policy is joining Michigan media, elected officials, advocates and residents in reflecting on the previous year's activity and accomplishments. With a new gubernatorial administration and bipartisan agreement in the Legislature on several key issues, the League has been very active in 2019 and notched a number of big wins for the people of Michigan.

As you're working on year-in-review coverage or pieces evaluating Gov. Gretchen Whitmer's first year, please keep the League in mind for comment on the following issues:

Raise the Age: Raising Michigan's age of juvenile court jurisdiction from 17 years old to 18 has been a key issue for the League and our Kids Count work over the past few years, and with great work by our partners, overwhelming bipartisan support in the Legislature and Gov. Whitmer's signature, that change will finally become a reality. This is a win for kids, families and all of Michigan, as treating justice-involved 17-year-olds as adults, regardless of their offense, puts these kids in danger physically, mentally and emotionally, and harms their educational, professional and financial opportunities.

Increasing the Asset Test Limit for Assistance: Since 2012, the League has been working to improve this policy that was punishing Michigan residents with lower incomes for saving money. With input from the League, Gov. Whitmer and the Michigan Department of Health and Human Services are increasing the asset test limit for the state's cash, food and heating assistance programs to $15,000. The new rule also eliminates vehicle considerations for cash and food assistance and allows applicants and recipients to self-attest, changes that lift a considerable paperwork burden from those who need assistance.

Expanding Overtime Eligibility: President Donald Trump's federal overtime change left behind around 200,000 Michigan workers that the Obama administration's rule would've included. The League helped draw attention to this major oversight, and is pleased to see Gov. Whitmer and the Michigan Department of Labor and Economic Opportunity are working to address this issue and make more workers eligible at the state level.

2020 State Budget: State budget analysis and advocacy is a big part of the League's work each year. We're glad to see a bipartisan budget agreement reached last week, but we will continue to advocate for additional work on outstanding needs like funding for the 10 Cents a Meal Program and the broader need for new revenue as a whole.

Healthy Michigan Plan Work Requirements: These work requirements take effect on Jan. 1, 2020, despite current litigation, pauses on similar moves in other states and continued opposition from the League and other advocates. The League will be monitoring the implementation of these rules closely and will continue to urge the Legislature to pause or eliminate them.

Driver's Licenses for All: The League continues to advocate for all policy changes that would better support Michigan's immigrants, including restoring driver's licenses for undocumented residents. Legislation has been introduced in the House and Senate and the bills are awaiting action. (More on this will be coming from the League later this week.)

Criminal Record Expungement: In addition to Raise the Age, there has been significant bipartisan momentum around a number of criminal justice reforms that the League supports, including expanding and automating criminal record expungement for certain offenses. Bills have passed the full House and are currently awaiting action in the Senate.

Flavored Vaping Ban: While it is still working its way through the court system, the League continues to support Gov. Whitmer's ban on flavored vaping products to address this public health emergency facing our kids.

The Michigan League for Public Policy, http://www.mlpp.org, is a nonprofit policy institute focused on economic opportunity for all. It is the only state-level organization that addresses poverty in a comprehensive way.