But Don't Get Your Hopes Up 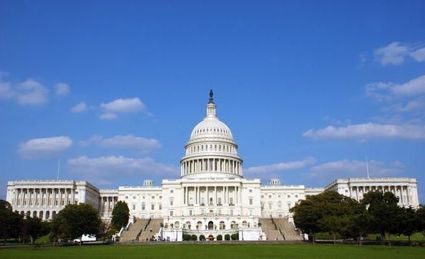 Technically, the Senate trial for the impeachment of President Donald Trump began last week with a number of procedural steps being taken by House Democrats and Senate Republicans. But Tuesday officially marked the start of the actual trial part, during which witnesses are typically called further evidence is presented to bolster each side's case.

But no matter which side of the aisle you're pulling for, don't get your hopes up, as there is no guarantee that the type of justice you're expecting to see will happen. Trump seemed to wage war against Iran after the House voted to impeach him, so there's no telling what the Senate trial could bring - besides an acquittal or conviction and removal.

And if the new reports have been any indication, the latter was all but a given for Trump, who stands accused of 1) abusing the office of the president to extort a foreign government into investigating his chief political rival and 2) obstructing the subsequent Congressional investigation into those allegations that Trump withheld financial and military aid from Ukraine unless it launched a disingenuous probe into former vice president Joe Biden and his family.

Trump and his lawyers were busy on the Martin Luther King Jr. federal holiday by filing papers that will allow them (if they choose) to move to dismiss the articles of impeachment once the trial begins Tuesday, which could be an indication of how long the trial before a majority Republican Senate will take. But Democrats say they believe there will be a fair and impartial trial, as a growing number of Republicans were calling for the inclusion of witnesses and other evidence, something that Senate Majority Leader and Kentucky Sen. Mitch McConnell has said no too.

With all of that as the backdrop for only the third Senate impeachment trial in history, here's what else you need to know.

1. It's probably going to be a short trial.

If Republicans have their way, the trial may not even last a full day. And while that projection was a longshot, it wasn't far-fetched to think that the very partisan Senate would stay unified along party lines, which would ultimately mean - no matter how long it takes - that Trump would be acquitted. In the meantime. McConnell on Monday issued a four-page "organizing resolution" that called for arguments to be no longer than two days.

2. It's already shaping up to be a farce of an impeachment trial.

Despite the gravity of the situation - or perhaps because of it - McConnell has refused to let witnesses testify even in the face of new evidence last week that implicates the president and the vice president. Lev Parnas, a criminal and associate of Trump's lawyer Rudy Giuliani, said in multiple interviews that Trump, Mike Pence and other leading Republicans were all in on the quid pro quo against Ukraine that resulted in the articles of impeachment. Meanwhile, former national security adviser John Bolton testify said he'd be willing to testify, something that Trump's lawyers and Senate Republicans took deliberate steps to prevent.

Even though the trial is in the Senate, it would be naive to dismiss the prospects of House Majority Leader Nancy Pelosi pulling a something from up her sleeve at the 11th hour just as Trump was feeling what could turn out to be a false sense of security. Of course, it's unclear what that X-factor could turn out to be, or if there even was one. But Pelosi has shown a fierce determination to hold Trump accountable for his impeachable actions. With all the teasing and mocking directed at her by Trump, chances are she's doing all she can to have the last laugh - in the name of democracy, of course.

get convicted and removed.

Even if House Democrats are able to call all the witnesses and introduce all the evidence they say they want to, Republicans have shown a resilient allegiance that has seemed unbreakable in defense of Trump. However, perhaps some of those loyal Republicans see a light at the end of the Trump tunnel and could break ranks to side with Democrats. A small handful has already expressed being open to witnesses and evidence, suggesting that more could follow suit. But even if Trump does get convicted and removed, Republicans would be left to be led by Pence, who could punish anyone who defects across the aisle. All of which means that Trump probably won't get convicted and removed.

5. It's conviction or bust for Democrats.

This impeachment trial could make or break the Democrats' efforts to win the White House in the general election later this year. Whether Trump is acquitted or the Senate throws out the charges, the president will undoubtedly spin what happens to say that he was vindicated in a witch hunt hoax initiated by Democrats who are still mad he won the 2016 election. All of which would further rally his rabid fanbase. There is still the chance that result could spur voters to turn out heavily at the polls and cast ballots for the Democratic nominee. But as the impeachment trial officially begins, those chances look doubtful, at best.