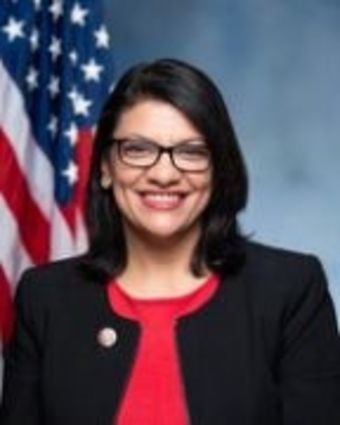 The aim of the bill is to amend the Fair Credit Reporting Act to restore the impaired credit of victims of predatory lending activities and unfair consumer reporting practices. The proposed legislation comes at a time when Americans across the country are faced with mounting medical debt, dealing with predatory lending practices and fraudulent activity, thus being prevented from accessing credit due to negative credit reporting. Obtaining credit is necessary to pay for college expenses, to secure a mortgage to become a homeowner, or to obtain a credit card. Credit reports are increasingly being used for noncredit purposes as well, such landlords determining whether to rent a home or apartment to an applicant and by employers when considering job applicants.

"The use of credit reports has expanded and is now more than ever a huge barrier to economic opportunities," says Tlaib. "Our neighbors should not have to go without necessities because they fell victim to fraudulent activity or to predatory lenders."

In addition, the proposed legislation will prohibit debt from medically necessary procedures from being included on credit reports and will extend the time period before all other medical debt may be reported from 180 days to 365 days. "Americans should not be held back from basic needs that improve quality of life, like employment, housing, or transportation because of medical debt,' Tlaib adds.

The proposed legislation will also provide survivors of domestic and financial abuse a pathway to get negative information resulting from abuse and manipulation removed from their credit reports, enabling survivors to establish financial independence. "Survivors of financial and domestic abuse do not deserve to have debt resulting from that abuse on their credit report," says Tlaib. "This bill is about fairness, opportunity, and justice, and I am proud that it is now heading to the Senate."

Tlaib's office says the bill's passage to the U.S. Senate is the latest in Rep. Tlaib's actions to ensure that the everyday needs of her constituents are addressed today and well into the future. For more information on The Restoring Unfairly Impaired Credit & Protecting Consumers Act, contact Tlaib's Downriver Neighborhood Service Center at 313-203-7540 or the Flagship Service Center in Detroit at 313-463-6220. Also visit http://www.tlaib.house.gov.