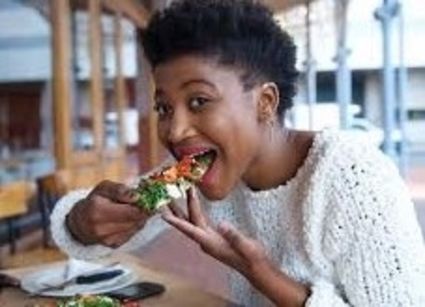 Choosing healthy foods can help with managing chronic health conditions such as diabetes.

When it comes to chronic diseases in the United States, diabetes is one of the most prevalent. In fact, one out of every 10 people in the country has been diagnosed with the disease and one out of every four Americans has diabetes and is unaware of it, according to the Centers for Disease Control and Prevention (CDC).

In the African American community, the statistics are more dire. The National Kidney Foundation of Michigan (NKFM) states that an estimated 4.9 million-or 18.7 percent-of African Americans age 20 and older have either diagnosed or undiagnosed diabetes. Additionally, African Americans with unmanaged diabetes are four times more likely to suffer diabetes-related complications such as blindness, blood vessel damage, and kidney failure.

"We really try at the Kidney Foundation to do what we can to prevent it," says Joyce Williams, Communications Specialist with the NKFM. "It's not the diagnosis, it's the complications," she says in reference to diabetes. She adds that the biggest complications are kidney disease and kidney failure.

Type 2 diabetes is more common, occurring when the body cannot use insulin properly and can develop at any age. In adults, this type of diabetes accounts for approximately 95 percent of all diagnosed cases.

Diabetes and its complications can be serious. Williams says prolonged diabetes hardens veins and arteries in the body, hinderingblood flow. "The blood flows less; that's why you have lower extremity complications, because you're blood vessels aren't as fit and they don't pump blood as well," she says. "The same thing happens in our kidneys, which have a lot of veins and arteries in them. That's one of the reasons why we try so hard to prevent diabetes as a way to prevent kidney disease."

The only cure for kidney disease is a transplant, so prevention of diabetes is key says Williams. She says the focus begins on eating healthier and being active, but an expensive gym membership or exhausting exercise is not necessary. "Be active. Park your car at the back of the parking lot and walk to wherever you're going. Walk up and down the stairs instead of taking the elevator," she says. "Those are simple things that anyone can do." Losing even a small amount of weight can cut down the risk of complications.

Williams concedes that no one knows for sure exactly why African Americans are more prone to diabetes than whites, but a number of factors appear to be part of the equation. Genetics plays a role, as diabetes tends to run in families. Research seems to indicate a genetic susceptibility to diabetes in African Americans, as well. 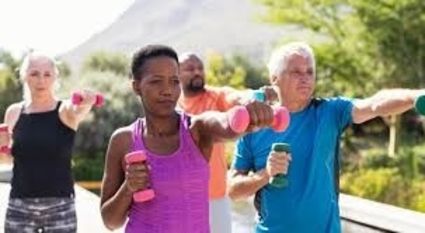 Being active does not have to mean an expensive gym membership. Just grab a friend and move your body.

Another factor may be the lack of tools available in African American communities which enable patients to take control of the disease themselves, in coordination with a doctor's advice. Tools such as ready transportation, access to healthy food at a local grocery store, and health care coverage are often lacking for minority families. Economic instability is another factor which prevents many from being able to pay a doctor's bill, purchase fresh, often pricier, fruits and vegetables, and being able to afford prescription medications-- including inulin. When the choice is to either pay the landlord or pay the pharmacy, the landlord wins. The CDC says medical expenses for people with diabetes are more than twice as high as those without diabetes. In fact, the Pennsylvania publication, The Morning Call, cited the statistic that one in four insulin-dependent diabetics ration their insulin because of the high cost, putting their health at risk. Indeed, preventing diabetes can benefit your wallet as well.

To help patients take control of their diabetes, the NKFM is offering a no-cost workshop to provide education and skills necessary for living healthy with diabetes. Personal Action Toward Health, or PATH, will run six Thursdays through February and March, from 6 to 8:30 p.m. PATH will be held at New Greater Zion Hill Missionary Baptist Church, located at 18891 St. Louis Ave. in Detroit. To find out more and to register, call Dr. Tania Kemp at 313-404-3431 or email her at [email protected] NKFM also provides a yearlong Diabetes Prevention Program for those at risk.

To find out more about kidney health, chronic diseases, the Diabetes Prevention Program, and other PATH Programs, contact the NKDM at http://www.nkfm.org. or call 1-800-482-1455