A Season in Limbo: What We Will Miss if the NBA Cancels This Season 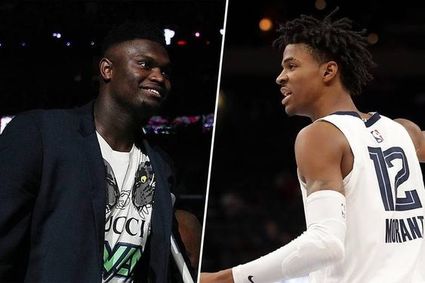 This NBA season started with so much promise, with the title up for grabs. Then, 2020 came along. The league lost former commissioner David Stern right on New Year's Day. Next, basketball lost Kobe Bryant to a horrific helicopter crash that the BBC covered.

Now, commissioner Adam Silver has suspended the season indefinitely on the heels of the COVID-19 pandemic. The article states that this suspension might last for 4 to 6 weeks, and maybe more. Commissioner Silver, though, acknowledged the possibility of a cancelled season. That might actually happen, with over 30,000 COVID-19 cases recorded in the U.S. already. If that's the case, here are some of the things we, NBA fans, will miss:

The Battle of Los Angeles

The Lakers and Clippers were tipped as title favorites, and both have justified the hype. The Lakers, in fact, were playing their best basketball just prior to the season suspension, having beaten the league-leading Milwaukee Bucks and the Clippers in consecutive games. The Clippers, on the other hand, were starting to get healthy, and were starting to peak. Needless to say, both the Lakers and Clippers looked primed for a postseason showdown, likely in the Western Conference Finals. It would have been a compelling matchup-The King, LeBron James, vs. The Klaw, Kawhi Leonard-with the winner likely to be favored against any Eastern Conference team. Unfortunately, we might have to wait until next year for this colossal confrontation.

Giannis Antetokounmpo was having another stellar season, posting averages of 29.6 points, 13.7 rebounds, and 5.8 assists in leading his Bucks to the NBA's best record. In short, he was a shoo-in for back-to-back MVPs. But we've seen this story unfold last year: The Greek Freak dominating in the regular season, and then faltering in the postseason. This season's Giannis, however, is better than last season's, and he is looking for a shot of redemption come playoff time. Tough luck then as that redemption arc might have to be pushed back a year no thanks to COVID-19.

A Fitting Farewell for 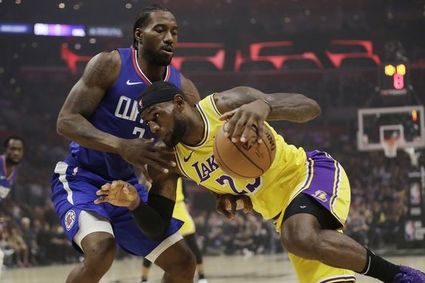 Vince Carter is the only NBA player to have played in 4 decades (1990s, 2000s, 2010s, and 2020s). He will forever be known for revitalizing the slam-dunk contest in 2000-a performance recapped on https://sports.bwin.com/en/news/other-sports/nba/remember-these-historic-nba-slam-dunks. Mr. Half-Man, Half-Amazing was electric in that contest, unleashing several awe-inspiring dunks. Carter, though, was more than a dunker. He was a lethal scorer, and one of the NBA's best ambassadors. Too bad we won't see VC getting a send off befitting a first-ballot Hall of Famer. If the season doesn't resume, the last image we'll have of Carter is him nailing a three during garbage time versus the New York Knicks.

The Education of Ja and Zion

IRookies Ja Morant and Zion Williamson have been as good as advertised. They might even be the NBA's next great rivalry, a possibility CNN's CalumTrenaman discussed on https://edition.cnn.com/2020/01/31/sport/zion-williamson-ja-morant-spt-intl/index.html. It is, thus, a bummer that we, fans, won't get to see Morant and Williamson try to lead their teams-the Memphis Grizzlies and New Orleans Pelicans, respectively-to the postseason. That would have been great TV: two freak-of-nature athletes gearing up for one final late-season push. But it looks like we'll have to wait for next season to see that unfold.