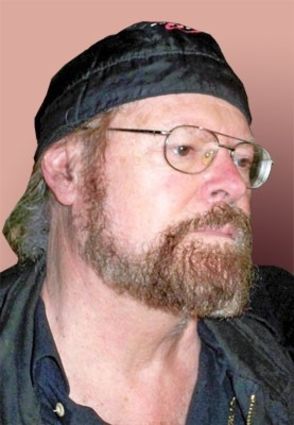 'IN THE INTERIM' - I've raced interim sprinters in interim races, / Loved interim women in interim places, / Been interim Chief of Detroit's troubled schools, / And of Madison's briefly--contending with fools. / Between the desire and the base spasm / Whence once we were sired to cross the great chasm, / From that fast spurting until the last curtain, / Between our first stirring and final interring-- / Indeed, we're ALL "interim"--yet just IN the interim??? I penned this reflectively autobiographical poem of metaphysical inquiry in 2013 in partial tribute to immortal poets William Wordsworth and T. S. Eliot. At the susceptibly vulnerable age of 84 in this era of the fearsome corona virus, I contemplate the logical concept that any kind of FAITH--including faith in the Judeo-Christian eternal-life doctrine--means making a VIRTUE of NOT THINKING, but I then (perhaps ILlogically) reflect upon the Biblical "blessed are the righteous, for they shall be fulfilled"--both in this world and perhaps in the next. It was fiery Mexican revolutionary Emiliano Zapata who said, "If there is no justice for the people, let there be no peace for the GOVERNMENT." (We'd be blessed to have a Zapata around in the time of Trump.) In my youth, I refused to be GOVERNED by the deep physical pain the elite quarter-miler inevitably suffers in the final 100 yards of a 45-second race, to which if he succumbs and eases up for only a stride or two, victory may elude him.

After more than six decades as a teacher, coach and administrator at all scholastic levels and now as the Detroit Public Schools Community District's contracted Poet-in-Residence, wherefore I'm now sharing my poetry lessons to DPSCD students online due to the tragic pandemic that has necessitated the school closure, I will continue to ply the "Inquiry Process" I initiated at Southeastern High School in 1960 when I was a teacher and track coach there, and where I now teach again. It involves questions I ask students; e.g., "What is FAITH? Define it. What are some forms of it? Is there anything that seems to you to be worth dying for? How did you come to believe this? What would you most like to be able to be, or do? Why? What would you have to know to be able to do it? How can "good" be distinguished from "evil"? What are the most important changes that have occurred in the past ten, twenty, or fifty years--or during last year? What might the most important changes be next month? Next year? Next decade? What would you change if you could? Why? How? Which ones would you stop if you could? What are the most dangerous ideas that are popular today? Why do you think so? Where did these ideas come from? How might humankind's survival be endangered if we didn't have language? What is the meaning of 'meaning'? What meanings do the words 'infinity' and 'eternity' hold for you? " ...And more. I now ask YOU, the reader, to delve deep into your soul and seek answers to these questions as well. And--per my cosmically inquisitive poem--are we sentient humans indeed all "interim"--or perhaps may we just be existing IN the interim between now and our NEXT existence??? In the PRESENT interim meanwhile, let us do right, let us do good--and let us vote out of office the raging racist wannabe dictator Donald J. Trump.