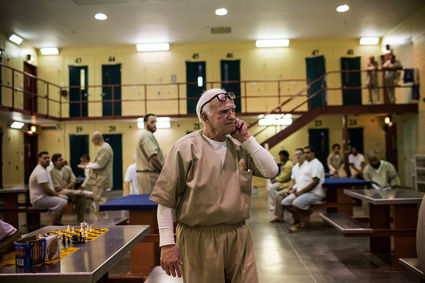 Many seniors are growing old in prison

There were 4623 incarcerated people over 65 in federal prisons during the first week of May.Until May 12, Paul Manafort, Mr. Trump's one-time campaign manager, was one of them.The 71-year-old petitioned the court for release to home confinement because of his age, heart condition, and "fear of coronavirus."Yet the federal correctional institution that housed Manafort had no coronavirus cases, and Manafort had served fewer than two years of his more than seven-year sentence.Recently developed federal guidelines suggest at-home confinement for those at risk who have served more than half of their sentence or have less than eighteen months of jail time left to serve. Manafort meets none of these criteria, but he apparently had enough high-priced lawyers to push his case aggressively.

I'm not as outraged at Manafort's early release as I am disturbed about the other 4622 elderly inmates, most who lack the resources and access that Manafort had. Nearly forty percent of those incarcerated in federal prisons are African American, many serving very long sentences for drug-related crimes. Many have some of the same underlying medical conditions and "fear of coronavirus" that Manafort had. How many of them will get an early release and the relative luxury of home confinement? The treatment of a wealthy, older white man and a poor, older Black man is vastly different.

Prisons are a breeding ground for the coronavirus. Prisons are overcrowded with social distancing an impossibility since an average cell, about five feet by five, does not allow six feet of distancing. Recent studies show that the COVID-19 germs from a loud conversation or a cough linger for minutes, sufficient time to infect another person. The notorious Riker's Island prison has eight times the COVID-19 infection rate of the New York City rate. Infection is not a possibility, but a near-certainty. Prison infections are so widespread that some activists describe them as "death camps."

Older people don't commit violent crimes (although they commit financial crimes and perjury).Releasing those over 65 who were convicted of drug crimes and other nonviolent crimes saves money and has little social cost. But incarceration is an economic driver for some communities. Federal prisons employ tens of thousands of people. In some isolated communities, these prisons are a significant source of employment. Releasing prisoners early may cause layoffs. Is this why we insist on keeping so many people locked up for such long periods?

Parole was eliminated in federal prison in the mid-1980s, allowing "good behavior " only after 85 percent of a sentence has been served. But Manafort, citing "fear of coronavirus," ended up serving less than a quarter of his sentence.Can an old Black man get the Manafort treatment and serve the rest of his sentence in a cushy condo in Northern Virginia?Manafort had a lot less to fear, at his minimum-security prison, than a Black inmate might.

Other countries have reacted to coronavirus crowding by releasing inmates in the tens of thousands. According to David Anderson of the International Legal Foundation, Iran released more than half of its prisoners – 100,000 of 189,000.Palestine is holding emergency court sessions to allow inmates to petition for release. Other countries seem to understand that COVID-19 and crowding don't work and are releasing prisoners.

Meanwhile, our country, in Anderson's words, is "addicted to punishment. "In keeping nonviolent inmates incarcerated, we are "prioritizing punishment over public health." The inmates aren't the only ones at risk. Correctional officers, lawyers, and visiting family members are also vulnerable. We are so committed to getting a "pound of flesh" from those incarcerated that we refuse to consider the high costs of incarceration. 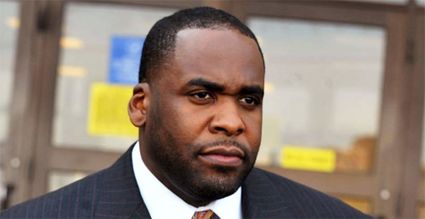 Consider the case of former Detroit Mayor Kwame Kilpatrick. Convicted of perjury, obstruction of justice, and other crimes, Kilpatrick was sentenced to 28 years for his crimes. He is not scheduled to be released until 2037!While Kilpatrick certainly deserved to be convicted, a 28-year sentence is excessive. Recently an inmate at his Oakdale, Louisiana prison died from the coronavirus.I'm sure Kilpatrick is as frightened of the coronavirus as Manafort is. He is not likely to be allowed home confinement.

Unless there is intervention, Kilpatrick will be eligible for Social Security before he is released! What is the purpose of such a long sentence? How much does it cost to incarcerate someone for 28 years? Is it worth it?

The coronavirus magnified our nation's inequality. Manafort is out after less than two years' incarceration. Thousands who are old and poor remain incarcerated and vulnerable to coronavirus. Our criminal injustice system is in dire need of reform.