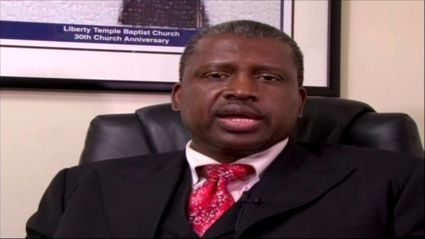 Like most decent people, I was shocked but not surprised by seeing the videos coming out of Minneapolis, Minnesota showing George Floyd, 46, an unarmed and non-resistant African American man lying on the ground, facedown, and handcuffed with his hands behind his back. On top of him was a white police officer casually positioning hisknee across the neck of George Floyd for about eight ornine minutes.Other released videos now show that two other officers held down his legs and torso while another stood as a sentinel guarding against anyone from intervening. Although Mr. Floyd uttered "I can't breathe" several times, bystanders repeatedly stating you're killing him, the so-called Officer Derek Chauvin with his hand casually in his pocket never removed his knee from the neck of George Floyd while his precious life seeped out of his limp body. There is only one word that sums up this disgraceful activity: MURDER!!

The rippling aftermath from yet another senseless killing sparked many nights of both peaceful and violent protests and riots not only in Minneapolis, but also in New York, Los Angeles, Detroit, Chicago, Atlanta, Boston, Seattle, Oakland and even Salt Lake City, Utah! Similar to the COVID-19 virus, there has been a protest outbreak in mostly all 50 states! However, both have been preceded by a more deadly virus that has lingered far too long without cure for over 400 years in this country: Racism! America's Original Sin!

This is evident not only in the criminal actions cavalierly conducted by these officers, but by the reluctance and resistance by the prosecuting authorities to criminally charge them. Having just experienced the heinous death of Ahmaud Marbury in Brunswick, GA at the hands of a vigilante retired officer and his son that took 72 days before charges were brought, there were no criminal charges seemingly coming forth in George's death either! To the contrary, statements were being made that there may be probable cause brought forth exonerating them! Had it not been from footage we witnessed, not of an officer's videocam, but a concerned bystander cell phone recording, we would never have witnessed the untampered nightmare of those 9 minutes of a criminal action committed by Derek Chauvin, that took the life of a defenseless man, Mr. Floyd. Additionally, it took several days of sustained protests across America before charges dropped.

Let's keep our eye on the ball: yes, we do have some police officers sworn by oath to protect and serve, paid with citizens tax dollars, that use their official capacity to commit acts of police brutality and terrorize too many sectors of our community. However, this is bigger than just a few bad actors on the force, but a system and culture that allows them to operate conscience free and without measurable repercussion! It allows certain behavior to be acceptable in some communities and criminalize the same behavior in others. This system quickly arrests some for the same actions tolerated and even celebrated by others without probable cause. Former Officer Derek Chauvin is the first (1st) police officer to be criminally charged in Minnesota for killing a black man! However, Philando Castile were he alive, would testify that George Floyd is by far not the first one to die at their hands. He was shot and killed in his car in front of his family including his 4-year-old daughter! There were no arrests nor finding of fault of the officers. That is likely why this was the last straw for many Minnesota residents that responded with actions of protest and unrest crying out "Enough is enough"! "No Justice, No Peace!"

This insidious culture of systemic racial injustice is what allowed former Office Chauvin to have 18 previous allegations of abuse of authority against him and not be charged for any! Had it not been for a thoughtful citizens quick thinking to record this misdeed, it would have been #19! We must change the behavior by addressing the culture and challenging the system that needs correction first. While we cannot legislate morality, we can regulate unjust racial behavior.

The Council of Baptist Pastors of Detroit and Vicinity stands with those who peacefully protest and respond to not only the brutal killing of George Floyd, but also the long litany of names like Breonna Taylor, Ahmaud Marbury, Philando Castile, Eric Garner, Sandra Bland, Tamir Rice, Michael Brown, Trayvon Martin and countless other known and unknown victims of this violence that must be stopped now! Beyond our voices of resistance and protest, we declare a Call to Action that includes such actions as:

2) A review of policies and procedures regarding polices conduct and action taken on previously established reforms made in previous Commissions. From the 1967 Kerner Commission to the more recent reforms of 2015 under the Obama Administrations, policy reforms have been recommended but obviously not always enforced. A template minus consistent, credible implementation equals the previous problem with distrust!

Police must also establish the same reform to a "No Snitch" policy in turning in rogue cops that they expect citizens to have in helping to resolve crime in our community.

3) An invitation to all non-Black or Brown leaders and clergy of all faith perspectives to openly address in all forms and mediums available statements and proposed actions to help eradicate racism in their sphere of influence. There must be strong measures of accountability for such deadly actions against black and brown people, and any other nationality that can no longer expected to be done without their continuous partnership.

I'm reminded of Dr. King's Letter from a Birmingham Jail, penned April 16, 1963. In part Dr. King writes: "Injustice anywhere is a threat to justice everywhere. We are caught in an inescapable network of mutuality, tied together in a single garment of destiny. Whatever affects one directly, affects all indirectly." He wrote this letter to his white like-minded clergy friends who did not go far enough to let their practices match their profession of support. We can no longer accept Brotherhood meetings and exchange services to replace challenging the sinful misdeeds of racial injustice and intolerance. King also stated that it was not the action of his enemies, but the inaction of his friends that caused his greatest pain.

As we continue to mutually fight the COVID-19 virus in this country, let us not forget the 400-year old virus of racism in America that needs to be eradicated as well. Beyond protests, we must find real solutions to combat this pandemic also and it's even more deadly effect on Black America. Churches, communities, law enforcement agencies, and other stakeholders in human rights and decency must continue to work together to help stop the pandemic of racism that is centuries older than COVID-19 and has claimed many more lives over the last 400 years in the United States of America. With the reality that we lack adequate national leadership from the highest public office in the land to lead us through either of these deadly pandemics, let's rise as a phoenix out of the ashes and soar to new levels of excellence! With Governors recently been told to resort to more violence and even use of dogs reflecting a painful period of our past, let us engage peaceful sustained effective actions is the way. Plot, plan, strategize, organize & mobilize!

It was just released by an independent autopsy that the cause of death to George Floyd was "asphyxiation through sustained pressure." Maybe we ought to try that method to also kill racial injustice, wherever it breaks out! Don't wear a mask for this, take it off! 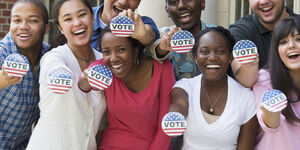