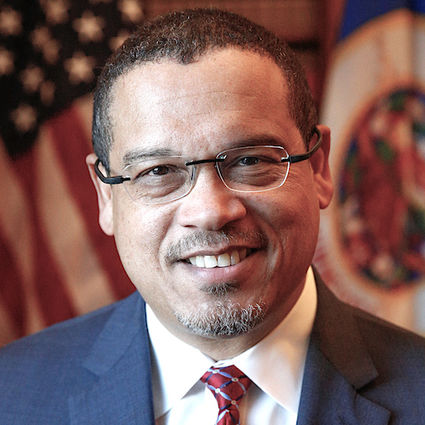 The White Minneapolis police officer, Derek Chauvin, who is captured on video participating in the death of George Floyd, a Black man, by kneeling the weight of his body on Floyd's neck for almost nine minutes, had his 3rd degree murder charge upgraded to second degree murder by Minnesota Attorney General Keith Ellison.

Three officers, two that restrained him by holding him down and applying fatal pressure to his lungs and another who stood guard to block anyone from helping Floyd, were charged with aiding and abetting second degree murder.

While some have showed satisfaction and optimism that justice for Floyd is on the horizon, others are outraged or disappointed the police were not charged with first degree murder and they are certain that had the tables been turned and it was Floyd who had his knee pressed into the neck of a White person for nine minutes resulting in his death, Floyd would not only be charged with first degree murder but their would be urgent calls to bring back the death penalty.

Under Minnesota criminal statute, murder in the first degree consist of actions that "causes the death of a human being while committing, conspiring to commit, or attempting to commit a felony crime to further terrorism and the death occurs under circumstances manifesting an extreme indifference to human life."

The video of the assault and death of George Floyd clearly showscollaboration or conspiracy by the officersto inflict terror and pain and shows that the officers displayed extreme indifference to Floyd's life.

According to homicide statutes, when several persons work in collusion to commit a felony and during the commission of the offense a person dies, all the participants are considered legally responsible and can be charged with first degree murder.

The initial autopsy, although ruling Floyd's death a homicide, attempted to snow job it and relieve the officers of direct blame by suggesting that his death was aggravated by underlying conditions such as cardiopulmonary disease, possible fentanyl and amphetamine intoxication, and even covid-19 infection.

The second autopsy performed by world renowned pathologist Michael Baden, concluded that Floyd's death was caused solely by suffocation from sustained pressure on his neck and lungs inflicted by the police officers.

Attorney General Ellison stated that he did not charge the officers with first degree murder because that charge requires premeditation. Yet, others have logically surmised that cutting off a person's air and blood flow to the vital organs for nine minutes shows ample premeditation.

Also, under Minnesota law, a defendant can be charged with multiple counts or degrees of murder, and the jury has the discretion to decide to acquit or to convict on each one.

Attorney General Ellison said that that these kinds of cases are not easy and that it is important that the four defendants are convicted. What is even more important is that justice, at long last, is sought and justice is delivered.