Elected officials must be held accountable 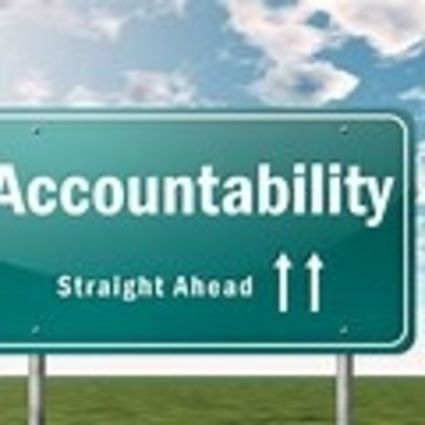 However, there are times when elected officials seem to vote their own agenda. They may vote to pass legislation that will benefit their friend's company and sometimes they may vote not to support the best qualified contract. Instead, they vote and lobby for a company because of personal gain, friendships or kickbacks. That shouldn't happen. If you remember, over the past three years, there had been a number of elected officials that had been making decisions for their own personal gain. Former Attorney General Bill Schuette created a new Public Integrity Unit in the Attorney General's office to ratchet up the fight against corruption in state and local government, protect tax dollars and restore the public's trust in government. The Public Integrity Unit allows the office to put an increased focus on public corruption cases, a priority Schuette identified upon taking office. This is one way to address the issue, but this is after the fact. There has to be checks and balances to prevent these types of things from happening.

The checks and balances must come from the people. So many times, residents are not paying attention to what is going on in their city government and the legislature. They listen to the candidates when they are running for election, and then they vote like it is a popularity contest instead of an employment opportunity. The elected officials work for us. Their salaries come from tax payers' money. They are not to make frivolous decisions that will cost the taxpayers more money just to make sure their personal interest is attained.

I challenge the readers of the Telegram to get more involved this year. You must attend the city council meetings and stay in touch with your state legislators by attending coffee hours, sending them emails or calling them. Remember, the elected officials work for us.

I am issuing a Call to Action. Form a team so that one person will not have to attend all of the meetings. Read the minutes of the council meetings that are published in a local newspaper, many in the Telegram. Watch the council meetings on cable for the ones that are recorded. I impress upon you to get involved. Your city's survival, and whether you know it or not, your survival depends on you getting involved.

If you see something, say something.