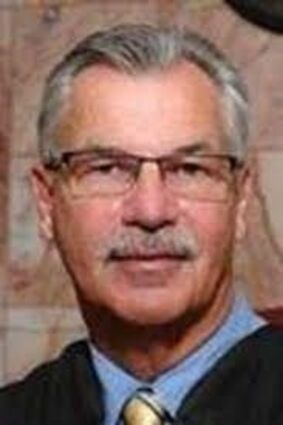 A judge in his courtroom is something most people ordinarily try to avoid. What many are not aware of, however, is that a courthouse can be a remarkable resource for those dealing with substance abuse of any kind. The 25th District Court in Lincoln Park is one such example.

District Judge Gregory Clifton has served the district court since being elected in 2014. Clifton had previously worked as a part-time magistrate at the court and prior to that worked as an attorney in private practice for more than 30 years. In his courtroom he began to see firsthand the relation between substance abuse and criminal activity. "Before I became a judge I was just a resident of Lincoln Park," he says. "I had no idea of the nature and extent of alcohol and drug abuse. After I became a judge, I started seeing people in court and I began to experience how many people were coming before me on drug related cases such as crack cocaine, heroin, then it evolved into fentanyl; very, very, very dangerous."

In 2017, he was approached by Judge Geno Salomone of the 23rd District Court in Taylor about establishing a Downriver chapter of the grassroots organization Families Against Narcotics (FAN). Salomone had been witnessing high rates of substance abuse in his courtroom as well and was offering a Drug Treatment Court for those who came before him and wanted to escape the cycle of substance abuse and find recovery. The Downriver chapter of FAN was established and Clifton has served as chapter president since its beginning. "The whole idea of that organization is to assist not only people in addiction, but their families as well," he says. FAN offers education and a support network for those affected by addiction.

Salomone's Drug Treatment Court was working so well that he suggested there ought to be another such option in the Downriver area, so once again, he approached Clifton. In 2019, Clifton applied for and received a grant from the state to establish a Drug Treatment Court in Lincoln Park. He says there are currently 32 participants in the Treatment Court Program, which involves more detailed oversight of participants as opposed to those who receive regular probation and may check in with a probation officer only monthly. The program requires weekly meetings with a probation officer, meetings with the judge every two weeks, assistance and support from a peer recovery coach or mentor, regular drug or alcohol testing, and sessions with a therapist or counselor. Clifton says all these intensive supports help lead to successful recovery. "If you put all these resources together, all these different pieces of the puzzle together, at the end when you get done you're going to see a picture of your new life," he says.

Participation is completely voluntary and involves a minimum commitment of 18 to 24 months. Clifton adds that the program recently celebrated its first six graduates, all clean and sober despite the limitations and necessary safety precautions which were imposed by the pandemic. "It's been a very exciting, challenging last year and a half, but we've got another graduation coming up in September," he says.

Clifton says that one big challenge is the stigma that comes with addiction, which causes the addict and those around him or her to put negative labels on the person or situation. He says when people acknowledge they have an addiction problem and seek help, they are more likely to succeed in finding recovery and a new way of life. The Drug Treatment Courts can be part of the solution and serve as a resource to many seeking recovery. "There's a lot of things that we are doing to try to help people with the whole idea that we change their life. It's not a Lincoln Park problem, it's not an Ecorse or Rouge problem, it's not a Downriver problem, it's a world problem. Addiction does not discriminate on whether you're rich or poor, what color or race you are, religion, it will take advantage of anybody it can," he says.

Clifton says that his work both in the Drug Treatment Court and with FAN have been very rewarding. He says, "Going in, I thought I was going to be a fairly tough-minded, conservative person and initially I probably was, but then as I got to know and understand the people from the community that would come in front of me, I realized that judges have to not 'judge' people but try to help them and that's something I've been doing now for the last six plus years."

For more information on Families Against Narcotics, go to http://www.familiesagainstnarcotics.org. Virtual meetings are being held monthly and all are welcome to attend. The 23rd District Court is located at 1475 Cleophus in Lincoln Park. Judge Clifton is willing so speak with anyone who has questions about substance abuse and addiction