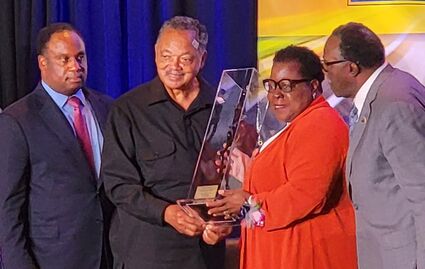 Rev. Jesse Jackson presents Piston Group with the Benchmark Award. Vinnie Johnson's sister, Sharon Johnson, who is the Executive Director, accepts the award on his behalf.

This year's theme, Expanding the Minority Opportunities During Electrification, addressed the potential disparity gaps in the Electric Vehicle supply chain for African American and other minority suppliers, dealers and professionals.

The purpose of the Summit is to facilitate a poignant discussion with the OEMs and minority companies, while focusing on an inclusive strategy. Rain...