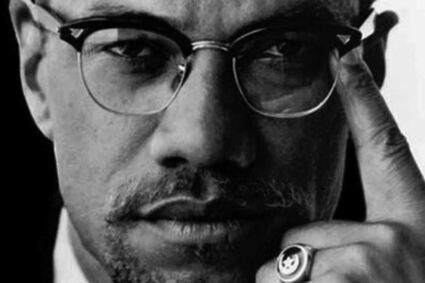 Malcolm X on his 1964 Pilgrimage to Mecca

INKSTER - Through the efforts of the Malcolm X Project in Inkster, the home where Malcolm X spent time plotting the path of his future life as a vocal advocate for Black empowerment and promotion of Islam is now designated as a national treasure. The efforts of a small group of dedicated Inkster residents led by Aaron Sims and former Inkster resident and Inkster Historian Robert Turley resulted in the designation of the home as important to the life of Malcolm X, a leader of the Black Muslim Movement in America.

Turley, now a resident of New York City, has become recognized as an authority on the history of Inkster in the 20th century. His tours around the city have enlightened citizens and visitors alike who to wish to learn about the city's past.

On April 22 at 6:00 p.m. and April 23 at 10 a.m. Turley will lead tours of the city. "Malcolm X in Inkster" Tours will be held April 21st and April 23rd. The tours are free. The home where Malcolm X lived in Inkster is currently being renovated and will become a museum dedicated to the life of Malcolm X. The home will be a focus of the tours. All of the events are free.