Three Proposals on the November Ballot 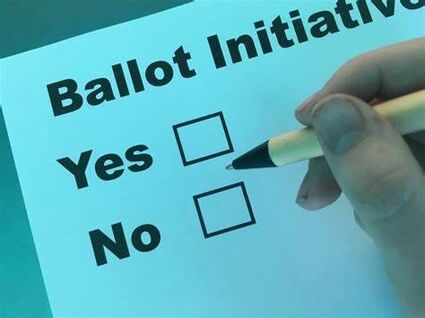 Don't forget to vote for the proposals are on the back of the ballot.

The Michigan Board of State Canvassers has approved ballot language for three proposals on the Nov. 8 general election ballot.

A proposal to amend the state constitution to require annual public financial disclosure reports by legislators and other state officers and change state legislator term limit to 12 total years in legislature.

• Require legislature implement but not limit or restrict reporting requirements.

• Replace current term limits for state representatives and state senators with a 12-year total limit in any combination between house and senate, except a person elected to senate in 2022 may be elected the number of times allowed when that person became a candidate.

• Require military or overseas ballots be counted if postmarked by election day;

• Provide voter right to single application to vote absentee in all elections;

• Provide that only election officials may conduct post-election audits;

• Allow donations to fund elections, which must be disclosed;

• Require canvass boards certify election results based only on the official records of votes cast.

A proposal to amend the state constitution to establish new individual right to reproductive freedom, including right to make all decisions about pregnancy and abortion; allow state to regulate abortion in some cases; and forbid prosecution of individuals exercising established right

• Establish new individual right to reproductive freedom, including right to make and carry out all decisions about pregnancy, such as prenatal care, childbirth, postpartum care, contraception, sterilization, abortion, miscarriage management, and infertility;

• Allow state to regulate abortion after fetal viability, but not prohibit if medically needed to protect a patient's life or physical or mental health;

• Forbid state discrimination in enforcement of this right; prohibit prosecution of an individual, or a person helping a pregnant individual, for exercising rights established by this amendment;

Understand the proposals before you vote.