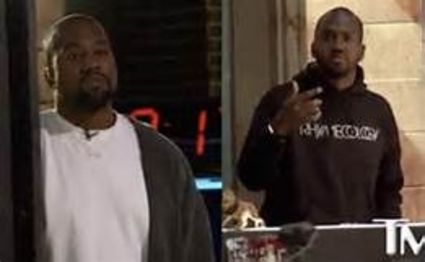 's hard to believe that Kanye West was once a revolutionary artist.

In many ways, he was the Kendrick Lamar of his time and when 2004's The College Dropout was released, his was a voice for a generation. Songs like "Jesus Walks," "All Falls Down" and "Through the Wire" dealt with faith, materialism and mortality. In 2005, the rapper famously said after Hurricane Katrina, "President Bush doesn't care about Black people" and encouraged teens not to be a college dropout. That same year, he became one of the the first mainstream hip hop artists to speak out against homophobia in hip hop.

Fourteen years later, the woke Kanye of The College Dropout isn't even recognizable in the deeply sunken Kanye.

Some people have attributed Kanye's outlandish and offensive behavior to mental health issues or the tragic passing of his mother Donda West in November of 2007. However, there are countless people who lose their parents and mental health issues do not make you promote or stand by white supremacy. Kanye's road to sunken-ness has been long and will probably be even longer. Here is the definitive timeline of how Kanye West became the reigning king of the sunken place.

Little did we know, this comment would arguably be the beginning of Kanye falling into the sunken place. He now reveals - nine years later - that he was upset Obama didn't apologize to him."He never called me to apologize," West told Charlamagne in an interview WHEN?. He also complained to Charlamagne that Kendrick Lamar and Jay Z were invited to the White House, but he wasn't even though Obama once said Kanye was his favorite rapper, saying, "I'm your favorite but I'm not safe. But that's why you love me! So just tell me you love me and tell the world you love me. Don't tell the world I'm a jackass. I'm fighting hard enough." Yeah, the fight must be hard. A rich rapper who grew up in the suburbs of Chicago is upset because the president called him a name nine years ago. A deeply informed Kanye also claims Obama did nothing for Chicago - ignoring Obama's years of community activism and his work as a Senator of Illinois. Kanye may not also be aware of how a bill becomes a law and that the president cannot magically change local politics. Nonetheless, Kanye clearly cares more about himself than Chicago. See his tweet below:

By 2010, Kanye had years of public outbursts, but most of it was chalked up to being an overly confident rapper. However, Kanye's 2010 sit down with Matt Lauer definitely had many people giving him the side-eye. As we all know, due to President Bush's horrific handling of Hurricane Katrina in 2005, Kanye said, "George Bush doesn't care about Black people." The rapper said what many of us were thinking and if there had been social media back then, he would have broken the Internet. Fast forward five years later and on Today Kanye said, "I would tell George Bush, in my moment of frustration, I didn't have the grounds to call him a racist. But I believe that in a situation of high emotion like that, we as human beings don't always choose the right words. And that's why I'm here."

Kanye West was so hungry for his then-girlfriend to be on the cover of Vogue that he actually compared Kim Kardashian to First Lady Michelle Obama. He babbled to Ryan Seacrest, "No one is looking at what [President] Obama is wearing. Michelle Obama cannot Instagram a pic like what my girl Instagrammed the other day." Kanye clearly missed the memo that when Michelle Obama wore a J. Crew belt - yes, just a belt - it sold out within minutes.

Kanye's ego was on overdrive when he demanded to be worshiped by the fashion industry and constantly compared himself to rich white men like Andy Warhol, Walt Disney and Ralph Lauren. In November of 2013, when Sway tried to have a conversation with him, he screamed, "I'm standing up and I'm telling you, I am Warhol! I am the number one most impactful artist of our generation! I am Shakespeare, in the flesh! Walt Disney. Nike. Google. Now who's gonna be the Medici family and stand up and let me create more? Or do you wanna marginalize me 'til I'm out of my moment?"

Sway responded with "But why don't you empower yourself, and don't need them, and do it yourself?" This was when the legendary "How Sway?" line was born as Sway said he tried to start a clothing line too and Kanye yelled back, "And it ain't no Ralph, though! It ain't Ralph level!" Sway famously shut Kanye down. Nonetheless, the rapper continued to be dragged by the fashion industry. In 2016, The Washington Post described his fashion show as "dull," "boring" and added, "An insult to the masses. Really, it is. Cult of fame? Fame is easy. Good clothes are hard."

Kim Kardashian should not be blamed for Kanye being in the sunken place, many of his antics happened before their first date in 2012. In addition, she is reportedly "worried" that people might think she shares his bizarre beliefs. However, Kanye joining the Kardashian clan further detached him from the rest of the world. In the isolated space of their mega colossal fame, he was at even higher risk of becoming delusional. Fame can be toxic and celebrity can make you believe your own hype. As artist Tony Calderone once said, "Fame makes us forget who we really are." Kanye certainly forgot who he was somewhere in Calabasas.

While Kanye whined that President Obama didn't save Chicago, this Chicago native isn't even voting. In November of 2016, Kanye said that he didn't' vote but "I would've voted for Trump." Fans were mortified and this would mark the beginning of Donald Trump's love affair for Trump. See below:

Days after coming out of a hospitalization, Kanye met with Trump at Trump Tower on December 13, 2016. Of course the two narcissists did a photo op with Trump telling reporters Kanye is a "good man" and they have been "friends for a long time." Kanye later tweeted he talked to Trump about stopping the violence in Chicago and "I wanted to meet with Trump today to discuss multicultural issues." As Hot 97's Ebro Darden told Kanye last week, "Trump played you, bro. Trump didn't give you a real meeting. You met at his home in New York City. A real meeting would've meant you would've went on that White House schedule." By August of 2017, Kanye deleted all of his tweets defending his meeting with Trump. 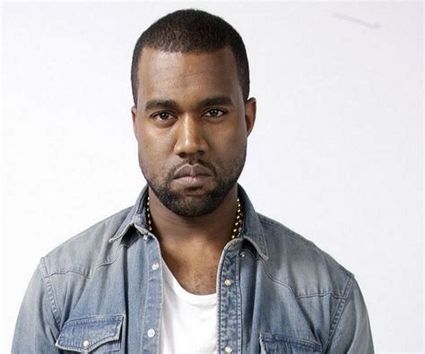 Last week, Kanye tweeted that he "loves" Trump, claimed they both have "dragon energy" and shared selfies in which he was wearing a Make America Great Again hat. The rapper was swiftly unfollowed by Justin Bieber, The Weeknd, Rihanna, Ariana Grande, Harry Styles, Katy Perry, Nicki Minaj and Kendrick Lamar. This week, Kanye appeared on TMZ and got his soul handed to him by Van Lathan for saying slavery is a choice.

It has been a long journey, but we may have forever lost Kanye to the sunken place. However, considering the rapper's most recent behavior, if he is having mental health issues, hopefully he gets help. On the other hand, if Kanye is just doing all he can to drum up press for a new album, then this is a new low in celebrity. Slavery, racism and siding with an administration that is attempting to dismantle the progress made by countless Americans is dangerous and unforgivable.