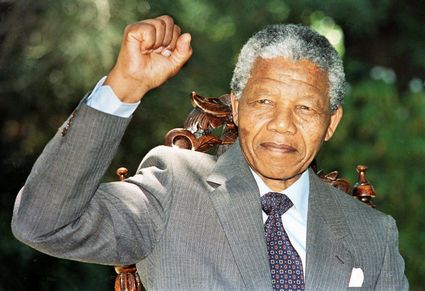 Nelson Mandela would have been 100 years old

This year South Africa, as well as many nations around the globe, celebrate the 100th anniversary of the life and legacy of Nelson Mandela, a towering figure of tenacity and dignity who overcame tremendous odds to become the leader of his nation and an inspirational figure that supersedes all boundaries.

Born in a small village in the southeastern region of South Africa on July 18, 1918, he would go on to lead a resistance movement against racial apartheid and endure 27 years of brutal imprisonment in his native land. Yet he would emerge decades later with the hopes of millions of his countrymen riding on his shoulders.

How is it that a man entered prison with a life term, (barely escaping a death sentence) is projected as a terrorist and violent demagogue, and leaves prison depicted as a hero and a great humanitarian by many of the same governments and corporate entities that vilified him and sought to eliminate him? The easy answer is that it serves their purposes to do so. Yet, with Mandela, the answer is not so cut and dried, for we must give due credit and homage for this unlikely phenomenon to the power of Mandela's indefatigable personality and to the strength of his soul.

While still in prison, Mandela entered talks with the president of South Africa's apartheid regime, B.W. Botha, in July of 1989. He had subsequent negotiations with Botha's successor, president F.W. De Klerk.

Some have wondered why men like Botha and De Klerk, who were sworn enemies of justice and equality for Black people, (Botha was very vocal about his approval of genocidal policies and practices against Blacks including biological warfare, starvation, sterilization, and mass slayings) suddenly reached out to the quintessential Black freedom fighter who was the antithesis of what they believed and stood for? The short answer is the apartheid system in South Africa was crumbling before their eyes. There were increased demonstrations and attacks against the regime from many sectors across the country and around the globe, and international sanctions were putting a tremendous squeeze on the nation's coffers.

Mandela demanded and received an unconditional release from prison in 1990, and if the apartheid government thought that he would be passive and apolitical, they were quickly divested of this idea when he delivered his first speech as a free man in Cape Town and exhorted the people to return to the barricades and to intensify the struggle. Yet, he did not carry within him the poisons of resentment or hatred.

"As I walked out the door toward the gate that would lead to my freedom, I knew that if I didn't leave bitterness and hatred behind, I'd still be in prison," Mandela said.

Yet many of the forces he faced were extremely hostile toward his ideas and his goals. Whites had held on to power for close to a century in South Africa and they were desperate to keep whatever vestiges they could by using all the elements of force, deceit and brutality at their disposal.

For Mandela (a man who spent almost three decades in prison with most of it under extreme conditions) to endure and navigate the various problems and pressures that constantly ebbed and flowed and crashed all around him is nothing less than astonishing. Yet, as he often said of himself, "I am no saint, unless you think of a saint as a sinner who keeps on trying."

Mandela was thrust on the world stage as an aging freedom fighter and a lawyer who had to quickly learn to navigate a huge array of economic nuances and necessities of an emerging African state. A nation crippled (not only by a tradition of White oppression and vicious apartheid) but by a newly invigorated and emboldened predatory capitalist global economic system. Thus, during the time when an imprisoned Mandela was negotiating with Botha and De Klerk, communist bulwark nations like the U.S.S.R. had collapsed economically under the strain of militarization, internal corruption, mismanagement and bad policy decisions. Even loyal patrons to the South African freedom struggle like Cuba were besieged by dogged U.S. sanctions and with what many believed to be an unworkable socialist economic system trying to prosper in a global capitalist financial network. And, sadly, on the African continent there was internecine, chaos, poverty, and civil wars in many liberated Black nations.

Yet, there remains the sentiment, particularly among many Black South Africans, that Mandela and the A.N.C. could have demanded and obtained more economic resources and control at the negotiating table because the racist apartheid order was clearly (to use boxing terms) cornered and staggering on the ropes. 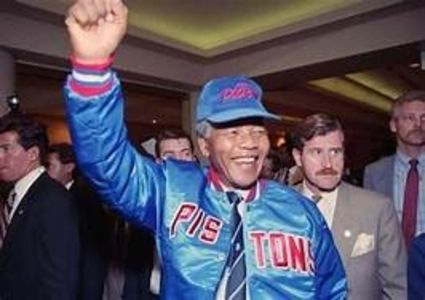 Of course, in hindsight, this may be true. Yet Mandela had to leverage his play for power the best way he could under the circumstances. And he was the pivotal figure in, at long last, making Black majority rule a reality in South Africa. He was also integral in bringing various groups with widely opposing viewpoints to the table, so they could work out viable solutions without continued instability and bloodshed.

"I have walked the long road to freedom," Mandela said. "I have tried not to falter; I have made missteps along the way. But I have discovered the secret that after climbing a great hill, one only finds that there are many more hills to climb."

No, Mandela was not successful in ushering in the era when Blacks in South Africa are in control of their economic destiny, but he was crucial in dismantling a racist and genocidal regime. And he helped create the framework for Black political power in his native land, and the climate to make it easier for later generations of his countrymen to take up the gauntlet and carry on.