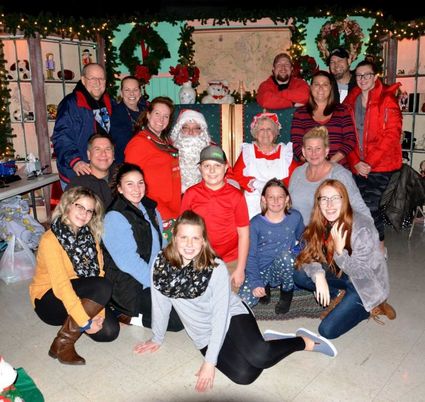 TAYLOR – Santa's Magic Forest opens for the season during the City of Taylor Winterfest on Saturday, November 24, 2018, at the Heritage Park Activity Building, 12111 Pardee Road.

The Magic Forest is an indoor winter wonderland that features hundreds of animated characters, about two dozen different magical and heart-warming Christmas scenes and many beautiful light displays – plus Santa Claus and Mrs. Claus. Some of the scenes were once displayed at the famous J.L. Hudson's Department Store and the Ford Rotunda.

The Christmas kingdom is built and operated by volunteers from the Fish & Loaves Community Food Pantry, which is celebrating its 10th anniversary. All proceeds support the pantry's mission of "Ensuring No One Goes Hungry." Fish & Loaves provides food throughout the year to hungry people in Taylor and the surrounding communities of Allen Park, Brownstown Township, Dearborn Heights, Romulus, Southgate and Woodhaven.

General admission to the Magic Forest is only $3 per person (cash only). Children 3 and younger are admitted free. Photos with Santa Claus will be provided by Rosecrans Picture Perfect Photography for only $8.

The City of Taylor created the first Santa's Magic Forest in the late 1980s, supplementing and enhancing the holiday scenes with many additional figures and structures purchased through Bronner's of Frankenmuth and constructed by Parks and Recreation employees and volunteers.

More recently, in cooperation with the city, Fish & Loaves volunteers have taken on the work of annually reassembling and hosting the Magic Forest to benefit the food pantry located at 25670 Northline Road in Taylor.

More than 5,000 visitors of all ages are expected to visit the Magic Forest this holiday season. School groups and community organizations visit during the week.

The Fish & Loaves volunteers – mostly from local churches, schools and civic organizations – are coordinated by Ron and Marion Bolen. The volunteers serve as guides and docents. Board member Sylvia Vella has served as set-up coordinator.

Fish & Loaves appreciates the support of the major sponsor of the Magic Forest, including Masco, the UAW-Ford National Program Center, DTE and the Real Estate One Charitable Foundation.

"Santa's Magic Forest is a joy to behold – a true community treasure," said Rev. Dr. Geoffrey G. Drutchas, president of the Fish & Loaves Board of Directors and pastor of St. Paul United Church of Christ in Taylor. "Seeing the excitement on the faces of visitors, both younger and older, is what the Christmas season is all about."

Fish & Loaves was founded in 2008 and has emerged as the largest client-choice pantry in Michigan. Fish & Loaves assists thousands of households and individuals, including children, distributing more than 1.6 million pounds of free food annually. Visitors can shop six times per year in a setting organized like a grocery store, allowing for a sense of dignity, higher client satisfaction and less waste. Spending more than $25,000 monthly on food, Fish & Loaves relies on food drives sponsorships, donations, volunteers and fundraisers such as Santa's Magic Forest. 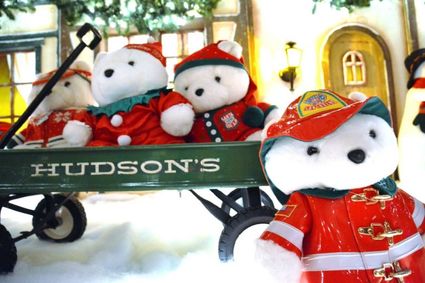 "Santa's Magic Forest is a fun tradition of the holiday season, plus an important fundraiser for Fish & Loaves," said Mary Hollens, executive director of the food pantry. "As the cost of food and the number of hungry people increase annually, it's more important than ever to meet those needs. Thank you to our volunteers, our sponsors, the City of Taylor and, of course, everyone who visits Santa's Magic Forest."