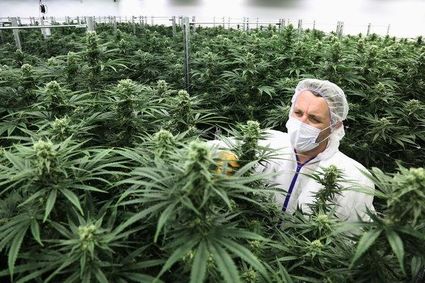 On November 6, Michigan voters passed Proposal 1 which legalized recreational marijuana in the state. When the law goes into effect on December 6, Marijuana will be regulated like tobacco products and alcoholic beverages in Michigan.

Like alcohol, a person would have to be at least 21 years of age to use or purchase marijuana. And like tobacco, businesses and landlords would have the right to prohibit smoking marijuana on their property. And similar to the use of alcohol, smoking marijuana in public is also prohibited. Moreover, driving under the influence of marijuana is illegal under the new law although there are reportedly no concise testing procedures to measure cannabis intoxication levels.

Under the law it is legal to have up to 2.5 ounces of marijuana, any amount over this could put one in trouble with the police and the judicial system and there will be a 10 percent tax on all marijuana sales.

The new law is not retroactive and fails to address the predicament or to pardon those already convicted or jailed for marijuana violations, most of whom are Black, Brown or poor.

Although the law made the use and sale of marijuana legal in the state of Michigan, it is still a federal crime, yet few federal encroachments on state jurisdictions have occurred.

"it was like the light at the end of the tunnel first opening," said Christeen Landino, assistant executive director of the of the Michigan Affiliate of the National Organization for the Reform of Marijuana Laws. "The light was becoming brighter, but it burst open Tuesday night like a dream fulfilled."

Michigan is the 10th state to legalize marijuana and the second largest after California to do so.

There are many social scientists that believe that marijuana should never have been criminalized in the first place. They concur that it is much safer than alcohol which they consider a poisonous substance which results in many overdose deaths, injuries, accidents and health problems. (It is estimated that alcohol is responsible for forty thousand deaths annually). Alcohol is also a factor in countless acts of violence and reckless, anti-social behavior.

Legalization of marijuana also lifts the burden of jail from Blacks and minorities and the targeting of Black and poor people who have historically been criminalized and incarcerated for its use.

The person that bears a huge responsibility for marijuana criminalization was Harry Anslinger. Appointed head of the now defunct Federal Bureau of Narcotics in the early part of the 20th century, Anslinger made it his mission to incite racial fears that the use of marijuana turned Blacks and Mexicans into raving, psychotic criminals. And he went on a quest to lock up as many Blacks and minorities as he could.

Just as marijuana was used as a weapon to entrap Black, Brown and poor people in the criminal justice system, there are prominent scholars and physicians who are making the case that cannabis is being weaponized to effeminize Black men in ways that are sinister and covert.

According to research done by Dr. Wesley Muhammad, marijuana was one of the first drugs investigated by the C.I.A. as part of the infamous mind control program named Project MK-Ultra which lasted from 1953 to 1973 and sought to gain control over human behavior through the covert use of chemical and biological materials.

Black people were the frequent targets of this project, especially after Blacks began to rebel against the system in huge numbers in the 1960's and early 1970's.

According to Muhammad, in 1975 the U.S. State Department paid Mexico to spray a dangerous weed killer called paraquat on Mexican marijuana fields. A large amount of American cannabis comes from Mexico via California. Paraquat, produced by the chemical corporation Syngenta based in Switzerland, can cause severe lung damage when inhaled. Research has also linked it to the development of Parkinson's disease. 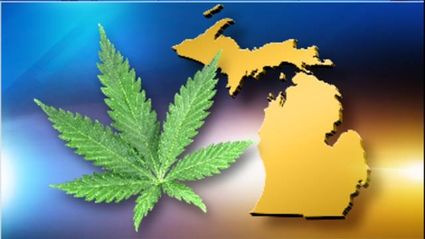 Dr Muhammad also reveals that the Swiss company makes another harmful chemical, Atrazina, which causes the reduction of androgen (the male hormone) and the elevation of estrogen (the female hormone) which can result in the demasculation of various species including humans.

Psycologist and industry whistleblower, Dr. Peter Breggin, makes the case that Black men were targeted with chemically laced marijuana and other products because "in the wake of Black urban uprisings of the 1960's, America became preoccupied with the threatening figure of the young Black male as well as the danger of rebellion and social chaos. Led by the National Institute of Mental Health and the Justice Department, the federal government began to develop an overall program for biomedical control of violence."

Steven Malik shelton can be reached at [email protected]