The State of the Children 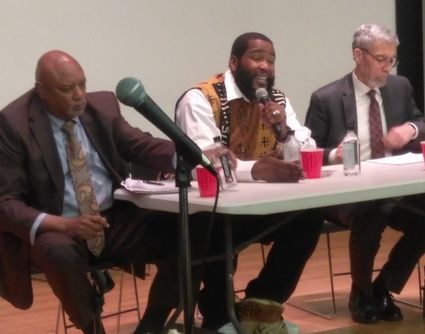 Last month, on December 8th a summit was held at the main branch of the Detroit Public Library to bring awareness of the plight of the nation's children.

The conference covered issues related to child health and well being, such as the drugging of children, special education placement and learning, the influences of teachers and staff, as well as egregious practices and policies of Child Protective Services and other child welfare agencies.

All the speakers elaborated on the dangers of so-called mood stabilizing drugs issued by psychiatrists and physicians.

According to information provided by the Citizens Commission of Human Rights (CCRH) mood stabilizers like lithium are extremely toxic drugs that psychiatrists prescribe to treat conditions that doctors label as 'manic depression' more commonly known as bipolar disorder.

In the 1990's Harvard psychiatrist Joseph Biederman spearheaded a 4000 percent increase in the use of powerful antipsychotic drugs in children. Biederman was later discovered to have received close to 2 million dollars in unreported income from pharmaceutical companies who were producing the drugs.

Over the years newer and more expensive antipsychotic drugs have been unleashed on the public with a huge portion given to children.

Not only is the use of psychiatric drugs considered to be harmful to children, it is believed to cause violent behavior which can devastate the lives of those around them. Some experts investigated facts that numerous juvenile school shooters were under the influence of psychiatric drugs, and these drugs were shown to cause extremely violent behavior along with suicide and mania.

Moreover, organizations like the Citizens Commission on Human Rights have documented many cases in the U.S. and around the world of parents being forced to give their children psychiatric drugs as a condition of attending school and even as a condition to have custody of their children.

"Are you aware that 90 percent of all your mass shooters and school shooters are on these psychiatric drugs? We're running around here talking about an opioid crisis where people are killing themselves," said Reverend Shaw. "But we're not talking about the drugs that are causing mass killing."

Debbie Williams, who was the Mistress of Ceremony for the event, has personal experience of the egregious practices of Child Protective Service agencies. Years ago, she had her children unjustifiably and unlawfully removed from her by CPS. And she has been fighting CPS and adoption agencies for over a decade to obtain custody of her grandson.

There is a growing consensus that judges in collaboration with Child Protective Services and other agencies are operating a state sanctioned kidnapping racket where children are being abducted from their parents and relatives and given to government institutions and/or private adoption agencies. And that money is a major incentive in it.

Unfortunately, many elected officials, civil rights organizations, and public servants who are sworn to protect the rights and the interests of the people are generally indifferent to this important and crucial issue.

"All of this abuse started in poor communities and later expanded to the middle class," said Dr. Stephen Baskerville. "This led to the criminalization of parents. Historically the Welfare State was established, not specifically for the poor, but for poor children. Beginning in the 19th century the new sensitivity about child rearing methods led to the founding of hundreds of Societies for the Prevention of Cruelty to Children. New court decisions gave these Societies extraordinary power to prosecute allegedly abusive or neglectful parents and to terminate parental rights. This quickly created an army of family functionaries with a vested interest in other people's children. The government began taking charitable work from churches and began turning it over to bureaucrats with extraordinary police powers. And by doing this, the government became involved in not solving the problem, but in creating more of the problem that it was supposed to be solving."

Dr Umar Johnson has studied extensively on what he calls the psycho-academic holocaust on children and the special education and ADHD wars being waged particularly against Black boys in America's school system.

Dr. Johnson was initiated into the world of special education programs soon after concluding his master's program and was compelled to learn and to witness all the back-room tactics and underhanded strategies used to academically 'lynch' Black boys and to destroy parental rights along with them.

"This creature, special education, was established by an Act of Congress in 1975," said Johnson. "Initially it appeared to be a good thing, but for Black children it became politicized and weaponized. There is no universal agreed upon definition of a learning disability. So how can you diagnose it if you don't even know what it is? Also, 99 percent of school psychologists that are diagnosing Black children are not African American. There are more Black lawyers than Black school psychologists, there are more Black engineers and Black surgeons than Black school psychologists. 99 percent of the people who diagnose our children and classify them with these glow-in-the-dark, cannot be proven, unscientific disabilities don't know our children; don't understand them; and in many cases don't even like them."