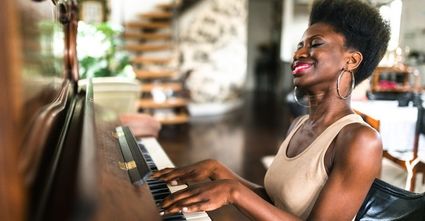 In June, the National Newspaper Publishers Association (NNPA) joins with millions of other Americans in celebration of Black Music Month and National Homeownership Month.

As the trade association representing more than 200 African American-owned newspapers and media companies around the nation, the NNPA also observes Juneteenth, the oldest known celebration commemorating the ending of slavery in the United States.

According to the history of Juneteenth, on June 19th, 1865 and more than two years after President Abraham Lincoln signed the Emancipation Proclamation which became official on Jan. 1, 1863, Union soldiers led by Major General Gordon Granger landed at Galveston, Texas, with news that the war had ended and slaves were now free.

The president's proclamation freeing slaves had little effect because of the small number of Union troops available to enforce the Executive Order.

However, after the surrender of General Robert E. Lee in April 1865 and the arrival of Granger, the forces were finally strong enough to influence and overcome the resistance.

With many also commemorating National Homeownership Month, the NNPA has long supported fair lending and housing practices as the organization has said it realizes that homeownership is one of the best ways of creating intergenerational wealth.

Companies like Wells Fargo have developed initiatives to help African Americans achieve the American Dream. In 2017, the banking giant announced a $60 billion lending commitment to create at least 250,000 African American homeowners by 2027.

In 2018, the Black homeownership rate stood at 42.2 percent – only tenths of a percentage point higher than the same rate reported by the U.S. Census Bureau a half century ago when the Fair Housing Act was signed into law.

That troubling fact served as the impetus behind the National Association of Real Estate Brokers (NAREB) program to increase Black homeownership by two million over the next five years.

"Black homeownership is the first, and most essential step to build economic strength within our communities," NAREB President Jeffrey Hicks said in a news release.

"We've lost more ground than we've gained over the past 50 years," Hicks said.

Throughout the month of June, events are held to embrace the achievements, prominent timeliness and impactful moments of Black music.

It's a chance to remember those musicians lost along the way and to encourage a pathway for young musicians to follow their dreams.

According to the National Museum of African American Music, on June 7th, 1979 Gamble, Wright, and Williams successfully lobbied President Jimmy Carter into hosting a reception to formally recognize the cultural and financial contributions of black music throughout history.

Since that fateful year, Black Music Month has grown from an intimate commemoration to national reach with an abundance of events held annually across the country.

As years went on many musicians, fans and influential individuals joined in celebratory observance during the month of June.

"The music of our Nation has always spoken to the condition of our people and reflected the diversity of our Union," Obama said.

"African-American musicians, composers, singers, and songwriters have made enormous contributions to our culture by capturing the hardships and aspirations of a community and reminding us of our shared values," he said.

For more information about the NNPA and its initiatives, visit http://www.nnpa.org.