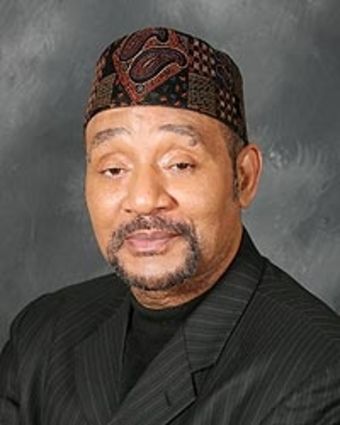 On Saturday June 23, the Charles H. Wright African Museum hosted a celebration honoring the life and legacy of former Detroit councilman and African-centered activist, Kwame Kenyatta. Kenyatta passed away on May 22 after providing decades of service to the people of Detroit, a city he moved to in 1967 in the aftermath of the 1967 Detroit rebellion, and a city that strongly influenced him with its climate of resistance to racism and tradition of Black consciousness.

The C.H. Wright auditorium was filled as the tribute to Kenyatta began with welcoming remarks by master of ceremonies, Malik Yakini followed by a Legba ceremonial dance performed by the Omowale Cultural Society and acknowledgements by Kenyatta's cousin, Badnette Tyrus.

1956 in Bessemer Alabama. It was in this small southern town that he first experienced the pain and horror of racist oppression as he attended a formerly all-White elementary school and defended himself against verbal taunts and physical abuse.

It was in Bessemer where the seeds of Black empowerment were planted, yet it was in Detroit where they took root and began to bloom. Kenyatta formed the Detroit Black Student Association while he was enrolled at Cooley High School and was a staunch advocate for an African centered education curriculum at the school. It was during this time that he changed his name to reflect his burgeoning African spirit and consciousness.

Kenyatta received a formal education at Eastern Michigan University and Wayne County Community College, but he was also a disciplined, passionate and independent seeker of knowledge who read incessantly and collected a huge personal library on Black history as well as on cultural and political dynamics especially as it related to the African Diaspora. He went on to serve in a plethora of organizations whose mission was to increase

the political, economic and cultural empowerment of Black people. Some of these were the Republic of New Africa, the New African People's Organization, the Malcolm X Grassroots Movement, the National Black United Front. And Kenyatta was the mind behind the Malcolm X Community Center for Self- Determination which provided services and resources for communities throughout Detroit.

He was elected to several political offices but is best known for his position on the Detroit City Council which he held from 2005 to 2013. And while serving the city as councilman, Kenyatta continued his quest to empower the neglected and the underserved. "There will never be another like Kwame Kenyatta," said colleague and former Detroit councilwoman, JoAnn Watson. "He didn't just talk about it, he walked about it. He gave his entire self in loving and serving our people."

Kenyatta resigned his seat on the city council in protest of the doctorial powers of the Emergency Manager which neutralized representative government in the city. "I'm grateful for baba Kwame Kenyatta," said Community activist, Teferi Brent. "I'm grateful for what he showed me. I stand because he stood. I love Black people because he loved Black people. I protect African women and children because he protected and defended them. He was the epitome of what a Black man should be. He wasn't no sucker; he wasn't no sell out and he wasn't no coward. That is what I looked up to, and every time I saw him I was inspired."

At the close of the memorial, Kenyatta's two children graced the stage. His daughter, Ayanna Clark was too overcome with emotion to speak. His son, Kofi Kenyatta, reflected with quiet dignity on some of his memories of his father." The impact that my father had on this community and the overall struggle for Black liberation, can't possibly be captured in one obituary or in the stories we all heard here today. Every single day, since my father's passing, either a friend, a family member, or a stranger stops me and tells me how much my father meant to them. We appreciate you all for coming out to honor the legacy of my father, and we appreciate the city for its support. When we found out from his doctor

that my father only had two months to live, I persuaded him to record some of his final thoughts about his life for the people to hear. This is some of what he had to say:

'Hopefully I have left behind a legacy of service that others can draw upon and exemplify. But all of that will eventually fall into the minds and hearts of those that know you and who call your name during libations or in a speech or two. I'm not sure how I will be remembered on a positive and progressive level, because you don't want your children, grandchildren, or friends to feel ashamed when

they hear your name. You want them to be able to hold their head up high and to say, yeah, I knew that brother; he did good work. And we will always remember him. So many friends I've met over the years. Or so many people that have become friends in association with my involvement either politically or socially. I am thankful for them, and the time that I was allowed to share a part of their

lives. I am so thankful that we crossed paths and shared a word or two, or maybe

broke bread together, or maybe blazed a trail of struggle together; I am very thankful for that. At this point I sign off and try to live life a little longer and run on to see what the end is going to be."