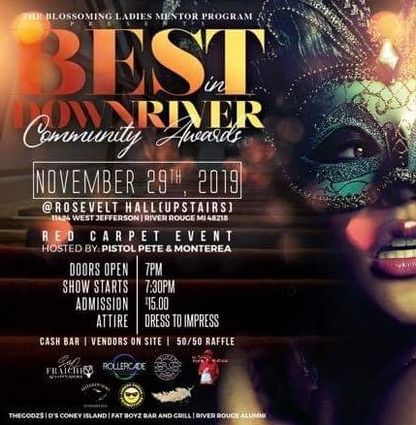 f you're just now tuning into the life of Jaylia Washington, you'll see a composed, multi faceted business women. The first thing you would notice about Jaylia, is her drive and tenacity. If you met Ms. Washington today you would notice that she is quick on her feet, and carries a tendency to have a good idea.

Jaylia by far is not a finished project, and has come a long way to become the woman we see right now. A native of River Rouge, Jaylia was born of a young mother and a big family. Her elders kept her encouraged to stay involved in the activities the area had to offer. From church, band, and student government, Jaylia was accusomted to a heavy load.

As time progressed; as did Wasingtion's social skills and knack for details. A leadership role seemed to jump into her arms, no matter the organization. In 2012 she graduated from River Rouge High school; she packed those skills in a bag and carried them to Harris-Stowe State University. An HBCU in St. Louis Missouri.

College wasn't the experience Jaylia thought it would be. During this transitional period; Jaylia's life changed forever with the loss of her Mother. Depression, bad relationships, stress, and pressure. Jaylia worked her way through classes, and jobs at homes where she worked with young girls. Jaylia used her situation to relate and build relationships with them. Her experience prompted her to start the Blomissing Ladies Mentoring Group. Where Jaylia helps young girls who don't have anyone to turn to.

During the end of her senior year in Missouri, Jaylia got her groove back. She took first place in the Miss Harris-Stowe State University Pageant; earning a spot in Ebony magazine. Shortly afterwards Jaylia earned her degree, and brought her mentoring group to River Rouge; with the goal of opening her own girls home. That goal is almost reality, but it would not have been completed without the whirlwind of projects Jaylia has her hands on.

The Blossoming Ladies Mentoring group made its presence known with a Youth Life Skills Workshop. Jaylia continued to plant seeds, but the next tree to sprout was the first Best In Downriver Community Awards. A gathering where the community banded together to celebrate one another. Next came the Downriver Wild N Out show, a grown up comedy show that went straight to the benefits of the mentor group.

Jaylia is not taking her foot off the pedal. Everyday she breaks new ground on her mission to uplift the village that raised her. She's brought experiences to the community, most of us had only witnessed on TV screens. The ultimate goal is in arms reach, and the current operations are starting to work for themselves. Jaylia is working things one at a time, and wouldn't change her process for the world.

The 2nd Annual Best In Downriver Awards are November 29th at the Roosevelt Hall, in Ecorse Michigan. Red carpet starts at 7:00 pm, and the ceremony kicks off at 7:30. Dress to impress and be sure to have a good time.

Xavier Jones - What's the difference between the first year award show and the second?

Jaylia Washington - This time I know what to expect, last year I got a lot of backlash. Just because the show was something new, some people didn't try to fully understand it. This year the public knows what to anticipate.

Xavier Jones - What inspired you to initiate the award show?

Jaylia Washington - I came home from school and wanted to do different things for the community. Especially the young people. This was a way to give recognition to all the good, hard working people of the community. This is meant to me an elegant, powerful, impactful event.

Xavier Jones - What are your goals for the Downriver area?

Jaylia Washington - To make a difference, to make an impact, promote purpose, and create a new avenue for the neighborhood. Once the Blossoming Ladies Living Facility is open, I want to host different events every month.

Xavier Jones - What helped you bounce back in college? 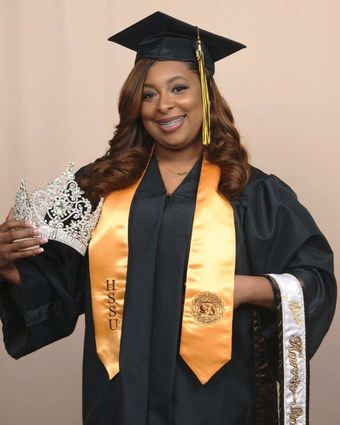 Xavier Jones - Which issue of Ebony Magazine were you featured in?

Thank you Jaylia and good luck.