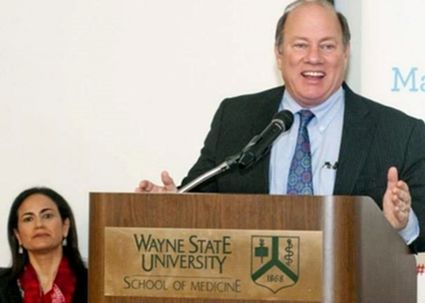 Make Your Date is described as a pre-natal medical program based at Wayne State University who's purported mission is to reduce premature births in Detroit, a city at least 80 percent Black and one of the most poverty stricken in the nation.Records obtained last March, revealed an unethical if not illegal collaboration between the mayor's office and the MYD program. [2]

Mayor Duggan has refused to answer questions about whether his relationship with Dr. Hassan is sexual, strictly professional or platonic. [3] This is reminiscent of the scandal involving former mayor, Kwame Kilpatrick and his adulterous relationship with his chief of staff, Christine Beatty. Yet, unlike Kilpatrick who the media hounded incessantly, they seem timid and lukewarm in covering Duggan's transgressions.

Kilpatrick's extramarital affair eventually led to perjury convictions and sparked a slew of state and federal convictions that landed him in prison.

Ironically, Duggan has been confronted with similar allegations that dogged Kilpatrick's administration. Allegations of no-bid contracts, the establishment of slush funds, and the mismanagement and misappropriation of city taxes and federal grants. [4] Sadly, as it relates to Duggan's administration, many perceive that the mainstream media has abdicated its responsibility as watch dog and taken the role of lap-dog.

An article in a Wayne State University publication states that Make Your Date is designed to help expectant mothers in Detroit deliver healthy full-term babies. According to information in the article, 18 percent of Detroit babies are born prematurely which is almost six percent higher than the national average. Detroit is also described as having an infant mortality rate twice that of the national average. "This program is bringing together civic leaders with a shared purpose through cross sector collaboration and maximization of our combined resources to get our Detroit moms to be the care they need for their greatest chance at a healthy, full term birth," said Dr. Hassan

Make your date is aa not-for-profit organization whose partners include the City of Detroit, Detroit Medical Center, Wayne State University, and Henry Ford Health Systems. Some of the services offered are connecting pregnant women to pre-natal care providers, pre-term birth prevention education classes, regular ultrasounds, and the insertion of progesterone which allegedly can reduce the risk of pre-term birth by 45 percent in a woman with a short cervix. [5]

MYD literature places emphasis on a Black woman's purported shallow cervix as a determining factor in Detroit's high number of pre-term births and infant mortality. Yet, there are other factors and conditions that contribute to these health risks; conditions like poverty, stress, inadequate housing, living in violent and unstable environments, and lack of social support and resources.

Some of the pre-natal care that MYD provides is cervical screening to determine if a pregnant woman is at greater risk of giving birth prematurely, and treatment with the hormone/drug progesterone. Yet, although there is research that indicate that applying progesterone may reduce the risk of premature birth in some women; there is also research that suggests that progesterone does not decrease premature birth rates. Side effects of progesterone include upset stomach, edema, fatigue, allergic skin rashes, irregular bleeding, depression, and liver damage.[6]

The Make Your Date program also includes options for family planning which for many Black Americans has ominous overtones of America's infamous eugenics movement and its attempts to reduce the population of the poor and the Black through various birth control initiatives, strategies and techniques. "Race completely changes the significance of birth control to the story of women's reproductive freedom," writes professor Dorothy Roberts in her landmark book, Killing the Black Body. "For privileged White women in America, birth control has been an emblem of reproductive liberty. But the movement to expand women's reproductive options was marked by racism from its very inception in the early part of the 20th Century. For several decades, peaking in the 1970's, government sponsored family planning programs not only encouraged Black women to use birth control, but coerced them into being sterilized. [7]

For some, it is foreboding that the same government entities, that are slashing necessities and are apathetic in providing resources and sustenance to Black and impoverished people, are initiating free programs ostensibly for their benefit in the medical sector. America has a frightful and sordid tradition of medical malfeasance and experimentation on Black and poor people, so they have legitimate reasons to be wary and concerned.

In 1938, Margaret Sanger (who spread the pseudo-science of eugenics that taught that some humans were genetically inferior and undeserving of life and who was one of the founders of the Planned Parenthood organization) initiated the 'Negro Project' a proposal to reduce fertility among Black people. The proposal stated, in part, that Negroes breed carelessly and disastrously. Sanger succeeded in pushing her proposal to bring birth control programs to Blacks and minorities across the United States. Her initiatives still have tremendous impact today with the establishment and proliferation of Planned Parenthood clinics either in or near Black communities throughout America. Sanger's racist ideology also provided inspiration for Adolph Hitler and Germany's National Socialist movement. 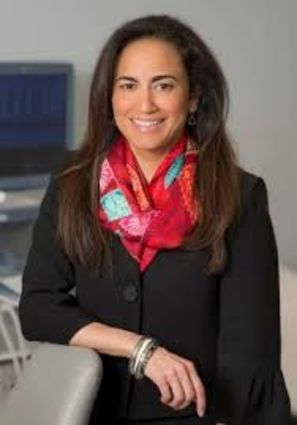 "The demonization of Black parents, particularly mothers, as medically and behaviorally unfit has a long history," writes Harriet Washington in her revealing book, Medical Apartheid. "But twentieth-century eugenicists provided the necessary biological underpinnings to scientifically validate these beliefs. The sexual irrepressibility and the bad mothering were biologically located in the hereditary apparatus, they contended. Thus, eugenics undergirded medical-social movements that placed the sexual behavior and reproduction of Blacks under strict scrutiny and disproportionately forced them into sterility, both temporary and permanent. Scientists also vigorously researched Black fertility, compiling data on Black birth rates and using women of color predominately to test many reproductive technologies and strategies, from involuntary sterilization to Norplant, to the shot." [9]