But was it worth the wait? 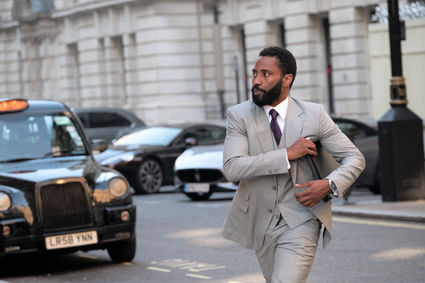 After weeks of playing in movie theaters in other parts of the country, Tenet has finally opened in Michigan. Was the long wait worth it, or is this highly-anticipated movie just a case of too much hype? I'm sorry to have to say this, but, the answer would be the latter.

Why am I sorry? Because sooo many people have been anxiously waiting for this movie to open. But, unfortunately, what happens with so-called tentpole movies, such as this one, is that the production studio expects a hefty return on its investment, so they get their marketing machine churning – big time. And that's exactly the case with Tenet. With Christopher Nolan at the helm, everyone associated with the film expected a hit blockbuster movie and a huge return - almost immediately. But, in its first week of release, the movie brought in an underwhelming $20,200,000 in U.S. theaters. That amount is particularly minuscule considering the movie cost an estimated $205,000,000 to make. As of September 20th, Tenet had passed the $250,000,000 mark globally, but it's still struggling to attract crowds in the U.S. So, let's take a look at some of the reasons why this movie may have failed to find its footing.

One of the biggest reasons is because although the acting is superb, there is just too much going on, making the storyline one that's hard to keep up with. For example, while the opening scene is action packed and you can't help but get drawn in, it's still difficult to follow. Thanks to the marketing machine at Warner Bros. Pictures, it's well known that Tenet's story revolves around time travel. But even before any of that takes place, the story became too confusing. And that was just during the opening scene! If a viewer gets lost during the beginning of the movie, that's certainly not a good sign of what's to come. However, on a positive note, I can say that it did hold my attention. I'm big on action and with a roomful of gun-toting men running around and people running for their lives, it would have been hard not to pay attention.

Another reason that audiences could be shying away from Tenet is that, in addition to the confusing storyline, it's just way too long. At 2-1/2 hours, I found myself wondering more than a few times when the movie was going to end. And just when you think it's over, it kicks back into gear. Again and again. Whoa is me.

Returning to the positive side, as mentioned previously, the acting is top-notch. John David Washington, Robert Pattinson, Elizabeth Debicki and Kenneth Branagh are perfectly cast as the Protagonist; as Neil, who's recruited to help the Protagonist take down Russian oligarch Andrei Sator; and Kat, a beautiful art appraiser, who's trapped in a loveless marriage to Sator. 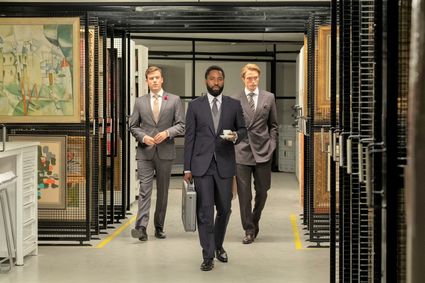 What I did understand about the story, though, is that although reluctant to do so, Kat decides to help the Protagonist take down Sator, who is threatening something "worse than World War III." This is where the time travel kicks in, or as Nolan prefers to call it, time is inverted. One of the things that changes when time is inverted is that people walk backwards, instead of forward. It looked pretty silly to me, and if this movie were done by anyone other than Christopher Nolan, it probably would have had a tough time getting the green light. In any event, that was his way of showing that time was inverted.

If you're a fan of Christopher Nolan movies, you're probably going to see this movie anyway. Just don't say I didn't advise you to sit this one out and wait for it to become available for download. But, if after reading my review you do decide to wait it out, you're welcome.

Terri Lee Chandler is a member of the Critics Choice Association, the largest film critics association in the U.S. and Canada; African American Film Critics Association and SAG-AFTRA.