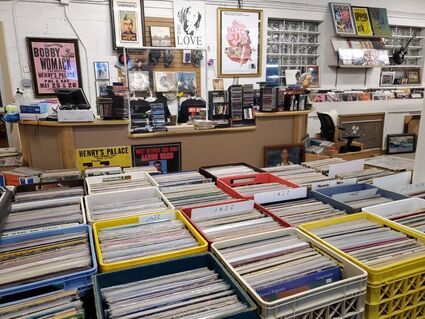 Black History Month is a cause of great celebration and remembrance of Black Excellence.

However, you cannot do so, without diving into the world of Black Music. In the twentieth and twenty-first centuries, we've seen an evolution of many different genres that were created by black singers, songwriters and musicians. In the earlier days, ragtime made way for jazz, blues and even gospel music. The combination of those genres helped to emerge a new form called soul music.

Here in our own backyard, Detroit's mark in American music will forever be etched in stone. Motown Records was founded by Berry Gordy in 1959, with the rising stars such as Mavin Gaye, The Supremes and the Temptations. During the 60s, the world was then introduced to the Aretha Franklin, who will forever remain the Queen of Soul. It was during this era in history that Black Music and American History merged during the Civil Rights Movement. Coming out of that era, we then, begin to see another genre called, Hip-Hop blasting through the radio airwaves.

Now, it might be hard for some people to believe that downloading music is still relatively new. However, heading to the record store and hoping that the latest album was not sold out, was a thing! It was the local record shops that sold the chart-topping music. When speaking to local record shop owner, John Frazier of The Sound Explosion located in Inkster, he tells the Telegram News about growing up in Detroit and how visiting record shops led him to own one.

Clifton: How did you get started in this business?

Owner John Frazier: I've always loved music since I was a child. Over the past 30 years, I have been buying, selling and trading records. I would buy them from estate and garage sales. Then, I would sell them to other record shops to make some money. One day, I said, I could do this for myself.

Clifton: In this downloading music era, can you tell me the significance and historic nature of record stores in the black community?

Frazier: Growing up in Detroit, all the music was here. I remember Kindred Record Shop on Fenkell in Detroit, they would give out records at Halloween when you would go trick or treating. It was normal to see groups like, the Temptations hanging around.

Clifton: Has there been a comeback for music lovers who are looking to purchase records?

Clifton: What makes your business special and stand out from other record stores?

Owner John Frazier: We have a larger selection of records and we tend to beat others in pricing. We also buy and sell records, cassettes and 8 tracks.

Clifton: In what ways is your business impacting the city of Inkster?

Clifton: How long have you been in business and how have you survived during the Pandemic? 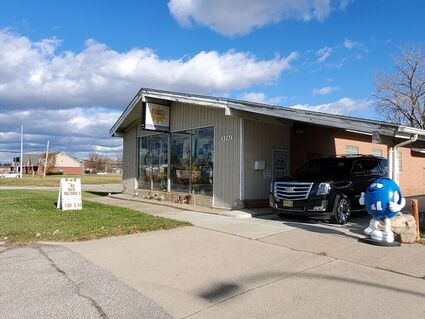 Frazier: I've been in business since 2015. I'm blessed, God got me through Covid. I had to shut down for a period of time but, God brought us through it. I was able to pay the bills to keep it open. Faith brought me through it and I put it in God's hands.

Black History and Black Music is here to stay. As Blacks living in America, we've made so many contributions to the overall history of this country. If you ever want to experience time traveling, just head to your local record shop. Once you're there, just ask to be pointed in the direction of Black Artist and that is when you'll begin to experience a piece of Black History in real time. It is our culture, it's our style, our fashion, our food and our music. We are worthy to be celebrated. Black History, Black Music and Black Excellence.