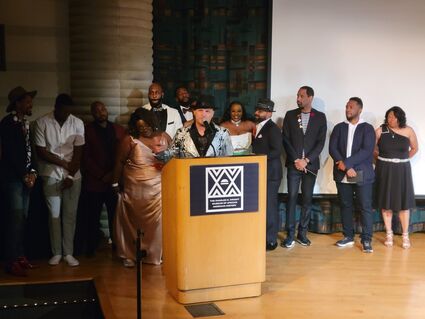 The Dolby Theatre in Los Angeles, the place that housed this year’s Academy Awards, is a beautiful, venerable venue.

But on Sunday night, the Dolby didn’t hold a candle to Detroit’s own Charles H. Wright Museum of African American History.

After a two-year pandemic-induced interruption, the second annual Detroit Filmmaker Awards brought over 300 guests to the Wright to honor the best of the best films to come from Detroit burgeoning independent film scene from the past couple of years.

“With so much that’s happening in film, we wanted to showcase our brightest and best,” said Da...