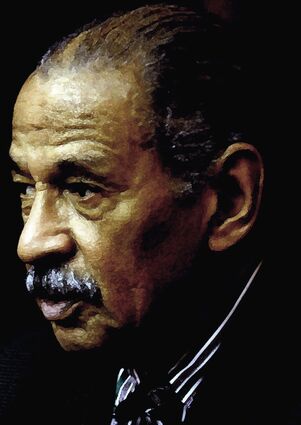 John James Conyers Jr. (May 16, 1929 – October 27, 2019) was an American politician of the Democratic Party who served as a U.S. representative for Michigan from 1965 to 2017. The districts he represented always included part of western Detroit. During his final three terms, his district included many of Detroit's western suburbs, as well as a large portion of the Downriver area.

Conyers served more than fifty years in Congress, becoming the sixth-longest serving member of Congress in U.S. history; he was the longest-serving African American member of Congress.[1] Conyers was the Dean of...